eScooter Operations in Dubai to commence formally from April 13

The decision comes in line with Resolution Number 13 for 2022 was endorsed by His Highness Sheikh Hamdan bin Mohammed bin Rashid Al Maktoum, Crown Prince of Dubai, Chairman of the Executive Council. 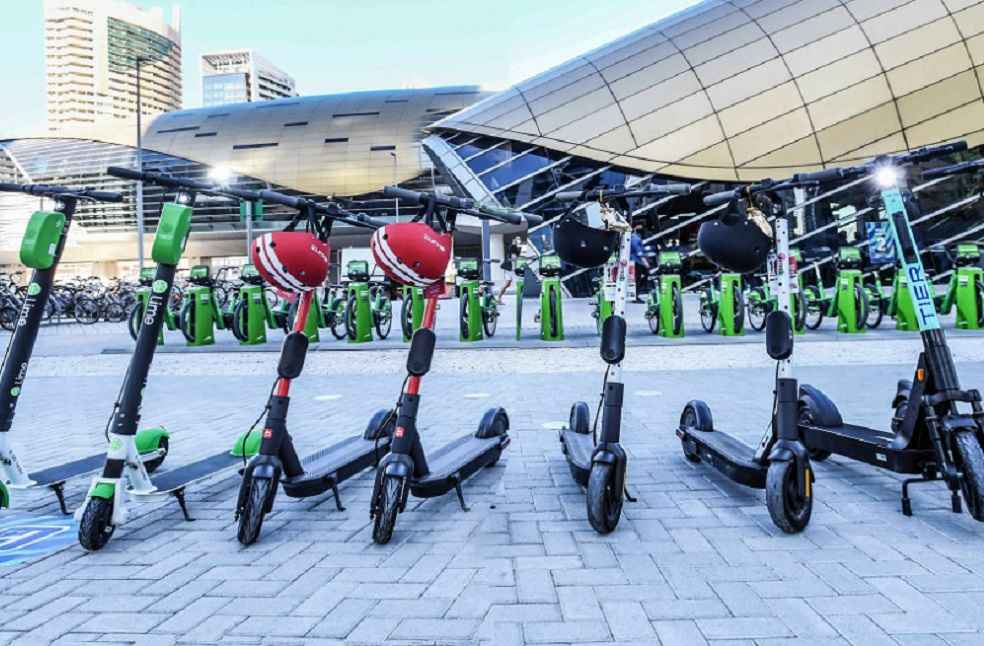 Dubai: After several months of trial runs, electric scooters will officially begin operations on dedicated tracks in 10 districts across Dubai from the 13th of April 2022.

The decision comes in line with Resolution Number 13 for 2022 was endorsed by His Highness Sheikh Hamdan bin Mohammed bin Rashid Al Maktoum, Crown Prince of Dubai, Chairman of the Executive Council. The Resolution, which regulates the use of scooters in Dubai, backs the efforts to make the Emirate a bicycle-friendly city.

The RTA Director-General further added that, “The selection of these districts was guided by specific criteria, such as high population density, special development areas, areas served by public transport and metro stations, the availability of integrated infrastructure, and areas with a high level of traffic safety.”

“About 500,000 journeys were made until the end of 2021. By the end of this month, RTA will launch through its website a link enabling interested individuals to apply for free to obtain permits for riding e-scooters on safe roads identified by RTA. The process involves attending training courses and passing an online test,” elaborated Mr. Al Tayer.

Lieutenant General Abdullah Khalifa Al Marri, Commander-in-Chief of Dubai Police, commended the issuance of the Executive Council’s Resolution No. 13 for 2022 by His Highness Sheikh Hamdan bin Mohammed bin Rashid Al Maktoum, Crown Prince of Dubai, Chairman of the Executive Council, regulating the use of bicycles and electric bikes and scooters in Dubai.

“The Resolution will encourage the use of electric bikes and scooters for mobility. It cements the government drive to rank Dubai as a bicycle-friendly city, considering bikes safe and a eco-friendly mobility means over short distances,” Mr. Al Marri observed.

The Dubai Police Commander-in-Chief affirmed that his team is working closely with RTA and strategic partners to execute Dubai Government’s strategies.

Mr. Al Marri praised the efforts of the concerned departments at the Dubai Police to enforce the implementation of safety and security stipulations, and ensure compliance with the relevant laws and regulations.

“Dubai Police is keen to ensure the compliance of road users with the applicable rules, in line with the policy aimed to make Dubai the ideal place for living and doing business, the favorite and safest destination of visitors, and the city with the least carbon footprint worldwide. The step also contributes to realizing the UAE Energy Strategy 2050. It is our duty in Dubai Police to control the road, and ensure that cyclists, e-scooter riders and users of all other mobility means comply with the safety conditions to protect them, as well as others, against the risks of roads,” the Dubai Police Official remarked.

The Roads and Transport Authority (RTA) urged the cyclists in the Emirate to park the electric scooters from various service providers in the designated parking spaces.

RTA reminded that parked scooters should not block the movement of traffic and pedestrians or the use of public parking. The authority called upon the riders to avoid violating the conditions and regulations provided for in the Resolution and decisions issued.

The Resolution governing the operations of eScooters in Dubai states that the parking of the bike or electric scooter in other than the designated parking spaces in a way that may obstruct the movement of vehicles or pedestrians, or pose risk to road users, will result in a fine of $54.45.