Over one million people attended the Sheikh Zayed Festival to welcome the new year of 2023 with the largest fireworks display and drone show. 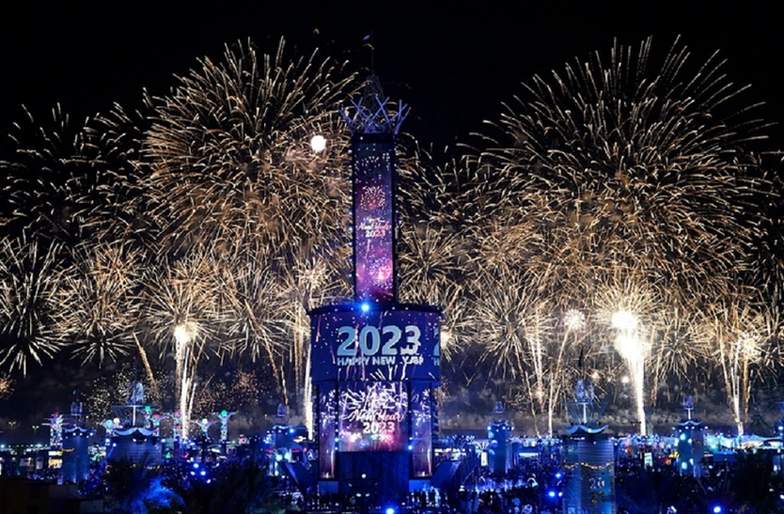 Abu Dhabi: Mr. Al-Waleed Osman, the Guinness World Records adjudicator, has confirmed that the Sheikh Zayed Festival was able to break four records during the event, three of which were for the fireworks display, and a new record was set by the magnificent drone show.

Mr. Osman claims that the majority of girandola fireworks as well as fireworks pinwheels were launched in 30 seconds, and the most repeated firework image was formed in 30 seconds. In addition to the multirotor or drone, the largest formation of QR codes is formed by drones.

The Sheikh Zayed Festival witnessed over one million visitors on New Year’s Eve, who gathered at Al Wathba to welcome the New Year of 2023 with the largest fireworks display and drone show that broke four Guinness World Records.

The largest fireworks display lasted for more than 40 minutes, and more than 3,000 drones flew up the sky of Al Wathba in different colours of light and formation, offering the spectators a magnificent experience and a welcome message at the end of the show that successfully broke three Guinness World Records.

The celebrations of the participating countries included entertaining international folklore and cultural presentations that widely roamed the festival grounds and pavilions, turning the event into a global artistic destination.

Visitors further experienced the art and culture of these countries through their cultural dances and live music presentations on the various pavilion stages around the grounds.