The new publishing house will begin accepting submissions for consideration in March 2022. 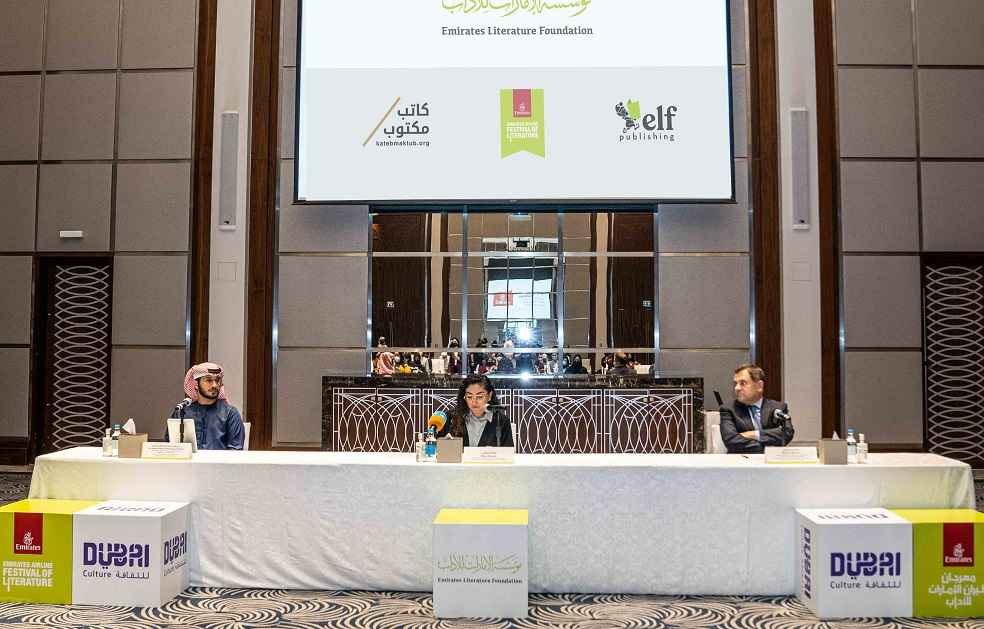 Dubai: The not-for-profit, non-governmental organization that supports and nurtures a love of literature in the UAE and across the region, Emirates Literature Foundation (ELF) recently launched an independent publishing house, ELF Publishing which will focus on bringing out fiction.

ELF broke the news at a press conference where it revealed final plans for the Emirates Airline Festival of Literature, scheduled to be held at the Habtoor City from the 3rd of February 2022 to the 13th.

The Publisher updated that it will begin accepting submissions for consideration during the Month of Reading, in March 2022.

‘This new venture augments these amazing achievements,” Ms. Abulhoul continued, while further adding that, “It’s time that the world of publishing gave more attention internationally to the stories coming out of this region and our aim is to shine a spotlight on the talent that flourishes here. We want to find the undiscovered stories that deserve to be read in today’s ever-changing world, whether from Emiratis or expats. What we are not is a vanity publisher. We will be selecting the stories that we believe deserve to be read, operating in the traditional way, with books chosen on merit.‘

As a new publisher, the Foundation will be accepting manuscripts for consideration from March 2022, with a focus on fiction across all genres. Titles will be published in Arabic and English, and in translation.

Initial offerings will include the second anthology of stories from Voices of Future Generations Middle East, Young Voices of Arabia 2021, which will be launched at the Festival in February 2022.

Ms. Ebtisam Al Beiti and Ms. Julia Johnson, both of whom will be appearing at the 2022 Emirate Airline Festival of Literature are among the first authors signed to ELF Publishing.

Stories about the region from Emiratis and expats will be encouraged, and there will also be a particular attention on capturing the stories of times gone by and preserving the oral history of the region in written form.

Commenting on the occasion, Ms. Ahlam Bolooki, Managing Director of ELF Publishing as well as the being Festival Director of the Emirates Airline Festival of Literature, elaborated that, ‘The launch of the publishing house is a natural progression for us, completing the journey that began with the first festival in 2009, which has seen us go on to support readers and writers in the region with a myriad of initiatives, such as our education programme and student competitions, our writing courses, the Emirates LitFest Writing Prize, and First Chapter: the ELF Seddiqi Writers’ Fellowship, the School Librarian of the Year Award, the prison project ‘From the Inside Out’ , Voices of Future Generations, and Kateb Maktub, our partnership with Wikipedia. All of these initiatives have made a significant improvement in the number of readers in the region, and starting from the premise that there are no readers without writers, it is now time to continue this symbiotic relationship with the Festival by turning our attention to authors, looking forward to the next 50 years of literary success.‘

The Festival which is In its 14th Year, has been a catalyst for boosting the popularity of reading in the UAE by bringing readers face to face with their favorite authors. The Festival is held under the patronage of His Highness Sheikh Mohammed bin Rashid Al Maktoum, Vice President and Prime Minister of the UAE and Ruler of Dubai.

Women: 8 Emirati Women who inspire us to fly high