The 1st Aircraft on the mission left the country, carrying 30 tons of various shelter materials, and will be followed by 3 additional planes. 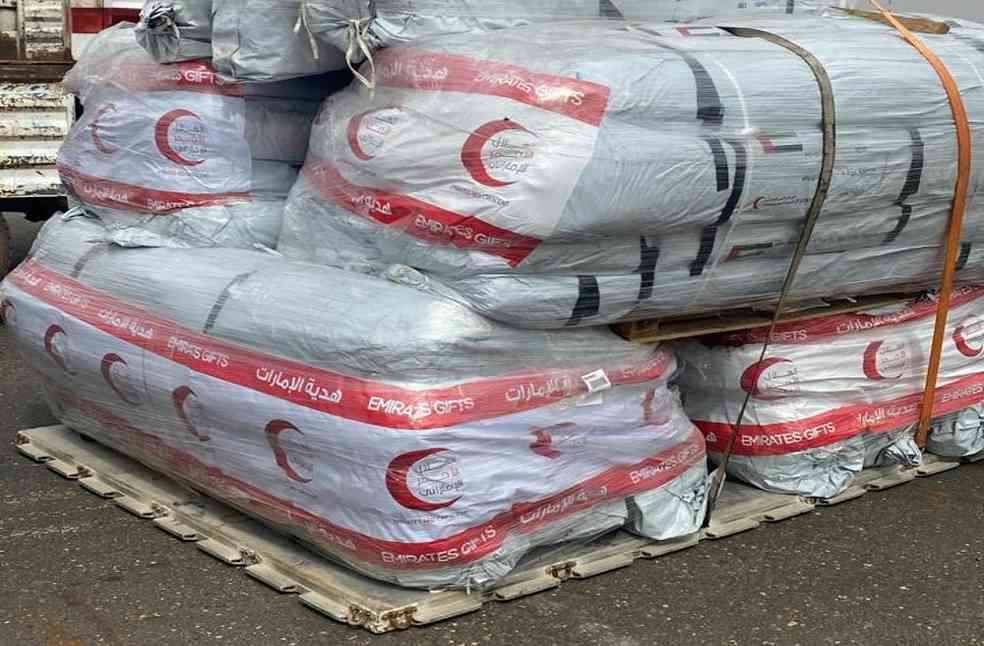 Abu Dhabi: Under the directives of President His Highness Sheikh Mohamed bin Zayed Al Nahyan and the supervision of H.H. Sheikh Hamdan bin Zayed Al Nahyan, Ruler’s Representative in Al Dhafra Region and Chairman of the Emirates Red Crescent (ERC), the UAE has initiated an Air Bridge to Khartoum, the capital city of Sudan.

The arrangement will support the transportation of large quantities of relief aid and shelter materials for those affected by the torrential rains and floods in the country.

The 1st Aircraft on the mission left the country, carrying 30 tons of various shelter materials, and will be followed by 3 additional planes

The planes will be received by the ERC delegation, which is already operating from a set base in Sudan to provide victims with support and assistance, and supervise the relief program that has been underway for several days.

The Emirates Red Crescent is supervising the operation of the Air Bridge, which will deliver aid to 140,000+ victims and displaced persons across a number of Sudanese states that have been most impacted, including Blue Nile, Khartoum and Gezira.

The relief supplies include around 10,000 tents, 28,000 food and medical aid parcels, 120 tons of various shelter materials, as well as urgent relief materials, which will help improve the living conditions of the affected population, and support the efforts of Sudanese and other relevant entities in containing the crisis.

Till now, the ERC delegation has provided large quantities of humanitarian aid acquired from local markets in Sudan.

The delegation landed in Khartoum right after the crisis began, and has been travelling between the most disaster-stricken states, especially Blue Nile and Gezira.