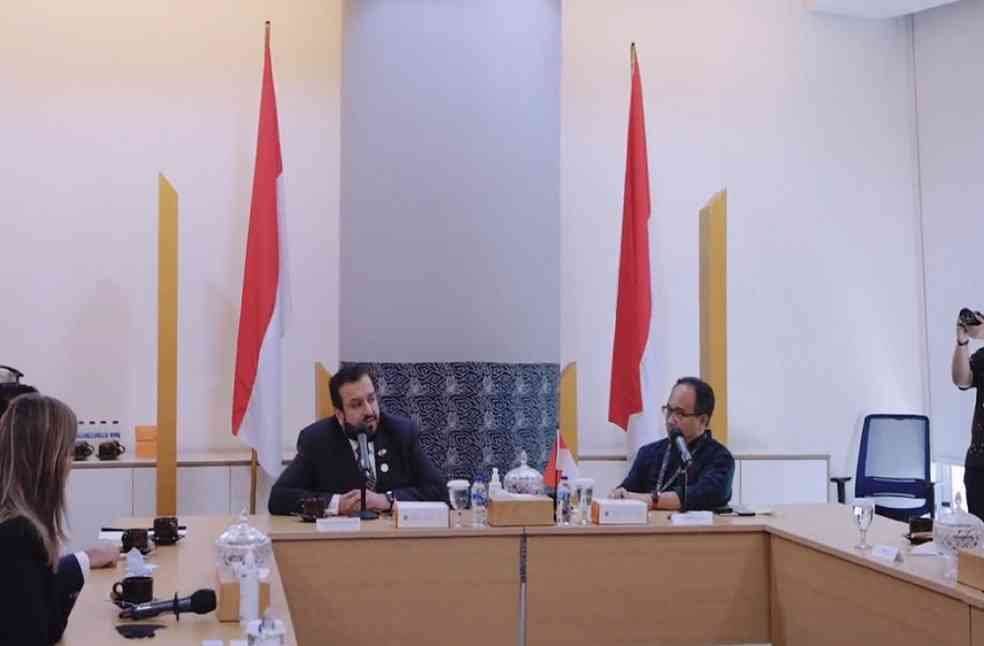 Jakarta, Indonesia: Led by its Director-General, Mr. Mohammed Jalal Al Rayssi, a delegation from the UAE’s official news agency, Emirates News Agency (WAM) met with several media institutions in the Republic of Indonesia with an intent to improve joint cooperation on the media level and in the field of news exchange.

The visit, at the invitation of the Indonesian side included Mr. Abdullah Abdulkareem, Acting Executive Director for the News Content Sector at WAM. The delegation interacted with several officials from the Indonesian TV network “Metro”, Compass Group, Antara National News Agency, tvOne, CNN Indonesia and TVRI, where they discussed opportunities to improve cooperation between the two sides across various fields concerned with media work.

During his interaction with the Indonesian counterparts, Mr. Al Rayssi affirmed WAM’s keenness to enhance its cooperation with media institutions in Indonesia and build sustainable fruitful partnerships, referring to the Global Media Congress, which is organized by the Abu Dhabi National Exhibitions Company (ADNEC) in partnership with WAM.

The WAM Director-General highlighted Global Media Congress, held from the 15th to the 17th of November, 2022, as a qualitative platform to foresee the future of the media sector across the regional and global arenas, within the framework of WAM’s vision to consolidate an advanced model of cooperation with global media institutions.

The Indonesian side expressed aspiration to participate in the Global Media Congress, highlighting its significance as it will provide an ideal opportunity to enhance cooperation between local, regional, and global media institutions, as well as discussing important axes in the future of media, such as digital communication, artificial intelligence, advanced technology, and media creativity.