Cuttlefishes with age equivalent to human age of 90’s did not show any memory loss as compared to their human counterparts. 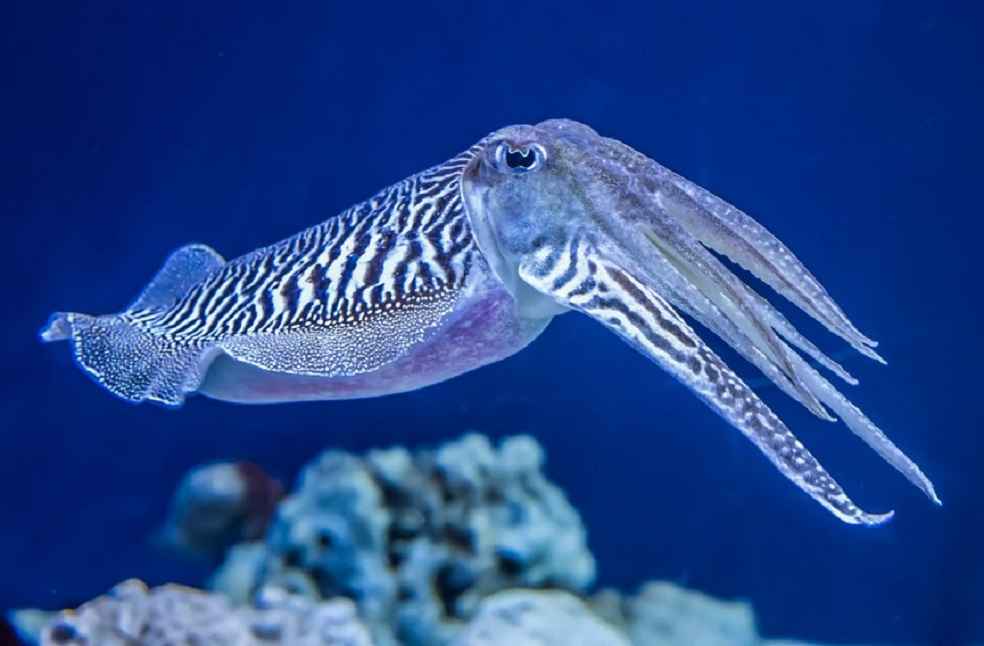 A new study has revealed that cuttlefish could memorize everything that happened until the last days of their lives. This study is considered as the first to reveal that the memory of an animal does not decrease with age.

According to the reports, the memory analyses were conducted on 24 common cuttlefish, half of them were within the ages of 10 and 12 months (so they are not quite adults), while the other half were between the ages of 22 and 24 months (equal to a human in their 90s).

The fish were taught to approach a black and white flagged place in their aquarium. They were trained that their two typical meals were offered in special flag-marked areas.

At one location, the flag was raised and they were provided a piece of king prawn, a dish that they are not interested in. For four weeks, they were served live grass shrimp from different areas with a different flag every three hours. They prefer grass shrimp a lot more.

The two feeding areas were changed every day to assure that the fish weren’t learning a pattern. When a flag was waved, the cephalopods were observed to see which food emerged first, so they can find out which eating area was optimal.

“Cuttlefish can remember what they ate, where and when, and use this to guide their feeding decisions in the future. What’s surprising is that they don’t lose this ability with age, despite showing other signs of aging like loss of muscle function and appetite. The old cuttlefish were just as good as the younger ones in the memory task – in fact, many of the older ones did better in the test phase. We think this ability might help cuttlefish in the wild to remember who they mated with, so they don’t go back to the same partner,” Dr. Alexandra Schnell from the University of Cambridge’s Department of Psychology and the lead author of the paper observed.

The researchers were interested in observing how well the cuttlefish memorized which food was provided. The findings showed that, while human episodic memory (recalling events from different times and places) declines with age, cuttlefish memory does not.

This is assumed to be related to the hippocampus, which is present in human brains but absent in cuttlefish brains. The vertical lobe of the brain is related with learning and memory in cuttlefish, and it does not deteriorate until the last few days of life.

Most Read: UAE remains a trend setter ahead of International Equal Pay Day

Curious News Cuttlefish have better memory than Human?
Share. Facebook Twitter LinkedIn WhatsApp
Previous ArticleUAE remains a trend setter ahead of International Equal Pay Day
Next Article A formula for the perfect shape of an Egg? Its not a joke