Portugal became the third team after France and Brazil to qualify for the World Cup knockout stage. 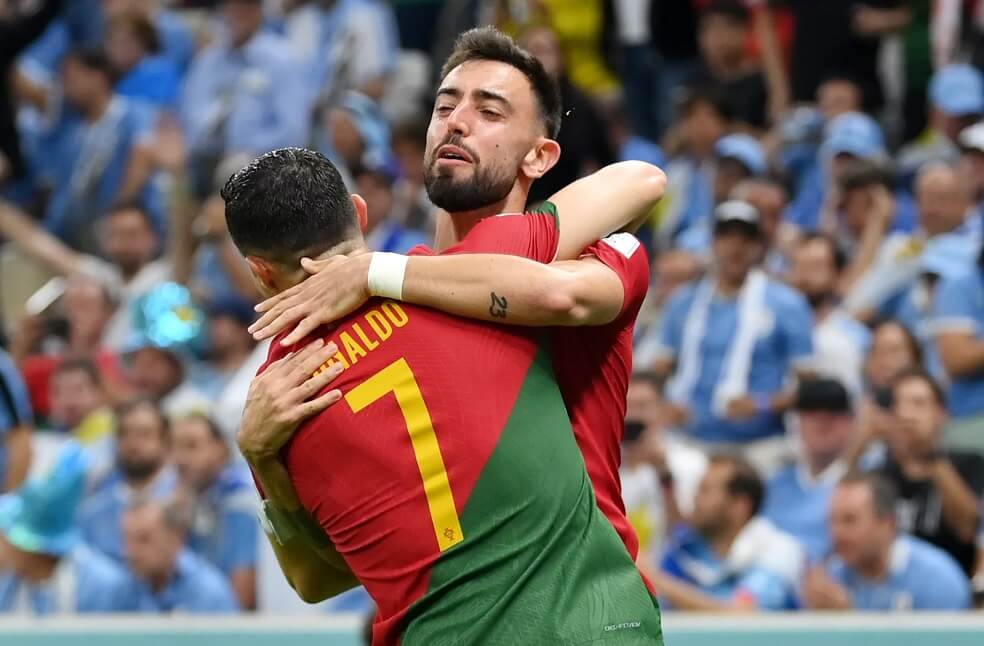 Qatar: Portugal defeated Uruguay (2-0) with two goals from midfielder Bruno Fernandes to go to the World Cup knockout round, joining France and Brazil.
Fernandes’s goals were achieved through a beautiful chip shot in the 54th minute and a penalty kick in the injury time (90+3).

Uruguay was dominating the possession before Fernandes’s floating cross in the 54th minute flew past Uruguayan goalkeeper Sergio Rochet, who was stuck to the spot as Cristiano Ronaldo rushed to head the ball and mistakenly celebrated the goal as his.
Late in the game, Portugal were awarded a penalty on Video Assistant Referee (VAR) after the ball hit Uruguayan defender Jose Maria Jimenez inside the penalty box.
Bruno Fernandes’ spot kick tricked goalkeeper Sergio Alvarez into the net. Sergio dove to his left, but the ball hit the far right corner.

Uruguay, who had eliminated Portugal of the 2018 World Cup, put together several chances for goal on the break. Midfielder Rodrigo Bentancur ran past three defenders, but his shot was magnificently saved. Luis Suarez also had a shot blocked, while Maxi Gomez struck the post.

Portugal is first in Group H with 6 points from two matches. Ghana is second with 3 points and South Korea is third with one point. Uruguay is in last position with one point.