The UAE’s very first community-built tourism trail, the Al Bithnah Nature and Heritage Trail is a nature path which has been created as part of a wider Al Bithnah Conservation Project. 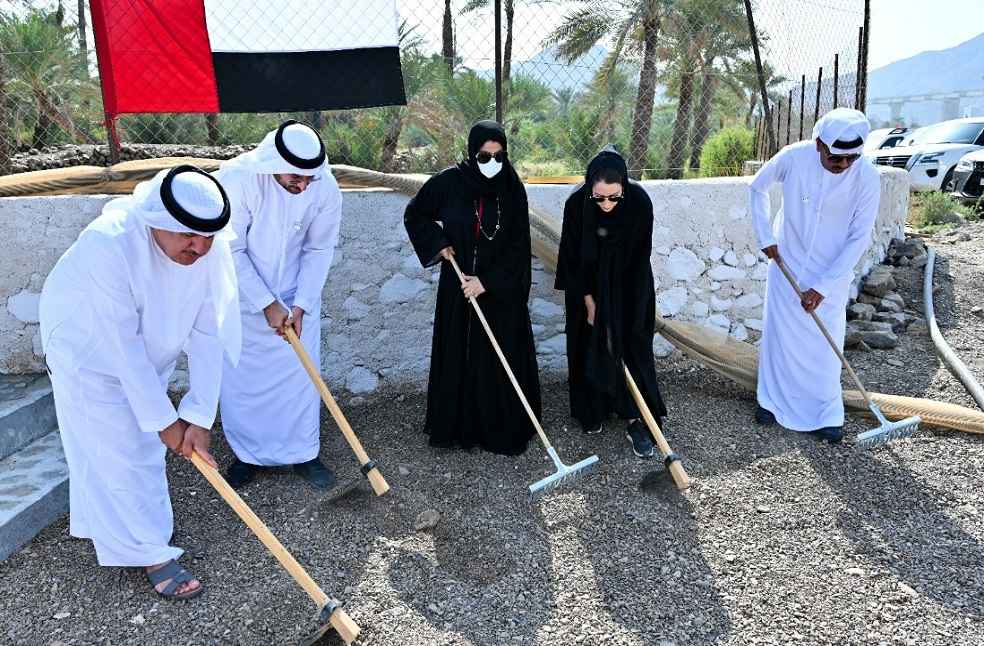 Fujairah: The easternmost emirate in the UAE has just unveiled its 50th nature trail as the historic Al Bithnah Nature and Heritage Trail has been officially inaugurated.

A pioneering model of ‘inclusive development’, the trail is a result of the collective effort of Fujairah Tourism and Antiquities Authority, Etihad Rail, Emirates Nature-WWF, Fujairah Municipality, the Fujairah Environment Authority and Fujairah Adventures Centre.

The UAE’s very first community-built tourism trail, the Al Bithnah Nature and Heritage Trail is a nature path which has been created as part of a wider Al Bithnah Conservation Project.

The inauguration of the 50th nature trail, which coincides with the UAE’s Golden Jubilee Year was attended by numerous members of the local community including;

The nature trail is expected to be completed by the first quarter of 2022 and will open up for tourists as an eco-tourism destination.

On the occasion of the Inauguration, the delegation visited the first section of the trail and the surrounding areas, which are rich in biodiversity and cultural heritage.

The project is part of Etihad Rail’s sustainability vision and commitment to being a ‘Good Neighbour’ to the local communities through which the UAE’s National Rail network passes.

Sharing his comments on the occasion, Mr. Mohamed Saif Al Afkham, Director-General of Fujairah Municipality stated that, “Etihad Rail plays an essential role in consolidating the position of the UAE as a global and regional centre for transport and logistics services. The UAE National Rail Network is one the biggest infrastructure projects in the country and serves as a major contributor to the national economy, which will play a pivotal role in enhancing the economic development in the UAE and the Emirate of Fujairah. I would like thank all the parties who contributed to the completion of the Al Bithnah Nature and Heritage Trail, as well as the residents of the Emirate of Fujairah for their cooperation.”

Following the completion of the nature trail, a comprehensive biodiversity study of the wider Al Bithnah region will be conducted to determine water quality, identify environmentally significant habitats, alongside seeking to enable preservation of local biodiversity. This will be accompanied by a socio-economic survey to identify areas, which can further empower the local community and foster sustainable economic growth.

Sharing her view on the occasion, Ms. Laila Mostafa Abdullatif, Director-General of Emirates Nature-WWF observed that, “We launched this project together with our esteemed partners just a few months ago, and have seen tremendous enthusiasm from the residents of Al Bithnah village, as well as the wider-UAE community. There is still an opportunity for the community to get involved with building the rest of the nature trail, and they can participate by joining our ‘Leaders of Change’ programme. This is the beginning of us creating a strong foundation to activate civil society to create a greener, more sustainable nation for our next 50.”

The Al Bithnah Conservation Project aims to assist the community in adapting to rapid changes in the socio-economic world. The agreement signed between the project partners involves three key pillars, which are: supporting the growth of the local community, protecting the environment and biodiversity and preserving the UAE’s natural heritage.