5 underrated but delicious food in Emirati Cuisines you must try 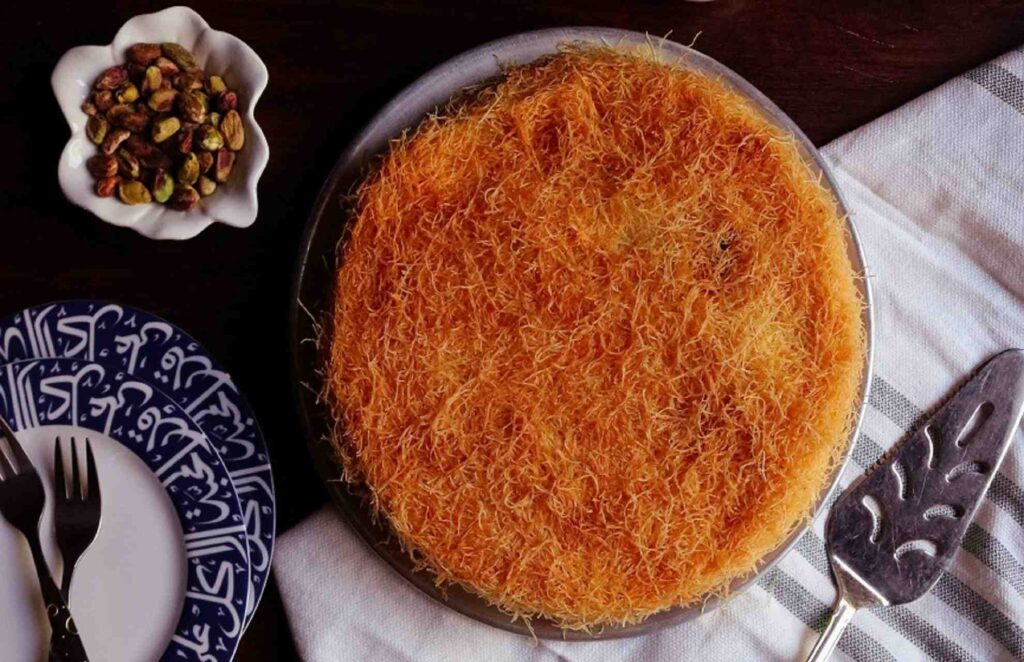 From meat to healthy desserts, the emirate is a paradise for international and heritage cuisines. It is, without a doubt, the ultimate destination for foodies and travelers. However, shawarma, teas, kebab, bread, and rice are the only dishes which ere talked about. So, here are the most underrated 5 food delicacies in Emirati cuisine which shall not be missed.

These dumpling-lookalike fried sweet dough are a fabulous treat in Dubai. These small drops of heaven, which have a texture and flavour of doughnuts, are a must-try on any food expeditions to the Emirates. Every morning, cafes prepare fresh batches of them. They are served with a sticky sugar syrup and with sesame seeds and pistachio flakes for extra crunch, and are frequently stacked on top of each other to form a pyramid-like shape.

Knafeh or Kunafa is a sweet delicacy often served hot as a dessert mostly during Iftar and Ramazan. The dough is baked with butter until crisp and is then soaked in sugar with melted cheese or chocolate filling, leaving you with a rich, creamy and irresistible goodness and mouth-watering taste feeling.

The desert ship is the most lovable and popular animal in the Arab world. Its milk is considered precious as it have several health benefits. It would be a shock to know that camel meat has been prohibited for the longest time and it is only now being offered to Emiratis. The tasty and healthy meat is served in many varieties like camel curry, camel-meat sandwiches and so on.

Samboosa may sound similar to Indian samosa but they are entirely different in texture, taste and shape. A typical samosa is usually a flaky dough with peas, mashed potatoes and masalas inside and they look like a big pyramid. This distinguishes it from samboosa, which are little triangles typically filled with cheese, veggies, or minced meat. They are so small that one is never enough but whereas one samosa can fill your tummy and both are delicious.

Chebab is a thicker version of a typical Emirati yeasted bread similar to pancakes. It is also served with honey and cheese usually for breakfast. The fluffy chebabs are flavoured with saffron and cardamom with a little pinch of turmeric powder which makes them tasty and aromatic.

Most Read: How did Indian ‘Karak Chai’ become an Emirati favorite?