The leaders discussed about relations and ways to strengthen and broaden prospects for cooperation between the UAE and Ethiopia. 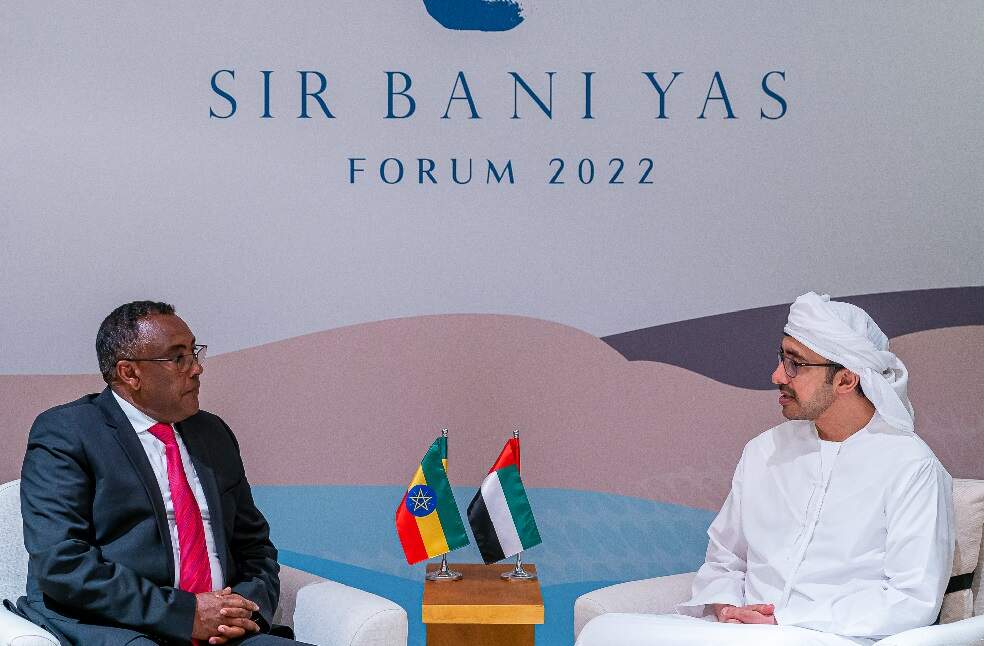 Both leaders discussed bilateral relations and ways to strengthen and broaden prospects for cooperation between the UAE and Ethiopia in a way that will support the development goals of the 2 friendly nations. Along with the most latest happenings at the regional and international levels, the ministers also spoke about a number of matters of common concern.

Sheikh Abdullah praised the endeavors of the African Union and the Ethiopian government in approaching this agreement, which embraces the aspirations of Ethiopia and its people for stability, development, and prosperity and the declaration of the peace agreement between the Tigray People’s Liberation Front and the Ethiopian government was made in Pretoria, South Africa.

The UAE Minister further expressed his delight in the exceptional bilateral ties between the United Arab Emirates and Ethiopia while emphasizing the desire of the two friendly nations to further enhance these ties for the benefit of their respective peoples.

The Ethiopian Minister pointed out the depth of the two countries’ ties and stated that his nation is eager to expand and develop the possibilities for collaborative collaboration with the UAE in all areas.

Sheikh Shakhboot bin Nahyan bin Mubarak Al Nahyan, Minister of State, was present at the meeting. The Sir Bani Yas Forum brings together officials from across the Middle East and around the world to discuss some of the most crucial issues facing the region.