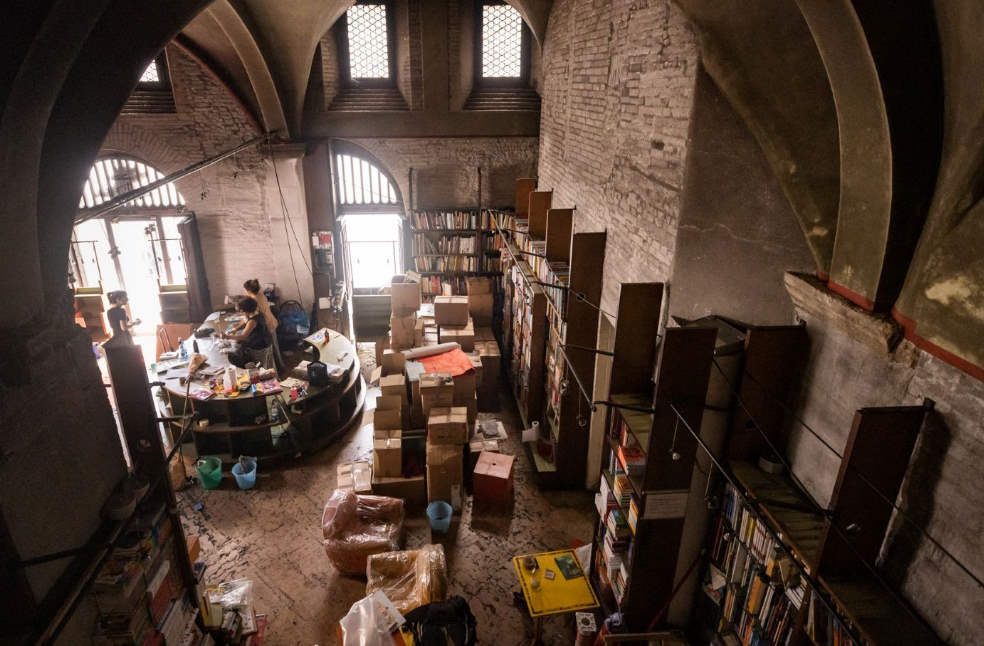 Sharjah: In line with its ambitions to support global literature, World Book Capital at Sharjah has donated $49,537 to the reconstruction fund of the Giannino Stoppani Bookshop in Bologna, Italy.  The popular Children’s bookstore was damaged by a dreadful fire in May this year.

The store was started in 1983 by Ms. Simona Comelli, Ms. Grazia Gotti, Ms. Tiziana Roversi, Ms. Silvana Sola, and Ms. Giampaola Tartarini. They specialized in children’s literature at the University of Bologna.

The bookstore gained a remarkable reputation for its knowledge of children’s publishing. It has evolved over time into one of the main advisors to the Bologna Children’s Book Fair (BCBF), curating its “International Book Shop” to showcase the greatest children’s books from around the globe.

Moreover, the store is a significant academic and cultural touchstone for literature and publishing throughout Italy and beyond. The bookstore suffered severe damage, along with its more than 39,000 titles when the fire broke out.

The owners of the store are currently working to gather more funds to completely restock Giannino Stoppani. The 27,980 books that were only partially damaged by the fire have already started the expensive process of being restored and disinfected by experts.

In just 150 days after the fire, Giannino Stoppani has been able to partially reopen, with the rescued books already making their way back onto the shelves. This has been made possible by the overwhelming support the store has received as well as the coordinated efforts of the staff and the larger publishing community. To completely reopen the store, although, a considerable amount of labor and effort must still be done.

Sharjah World Book Capital’s generous donation of $49,537 is another sign of its dedication to promoting international publishing through direct involvement. This is something that it has proven over the past year by helping the Ukrainian publishing industry, which has been severely hit by the country’s protracted conflict.