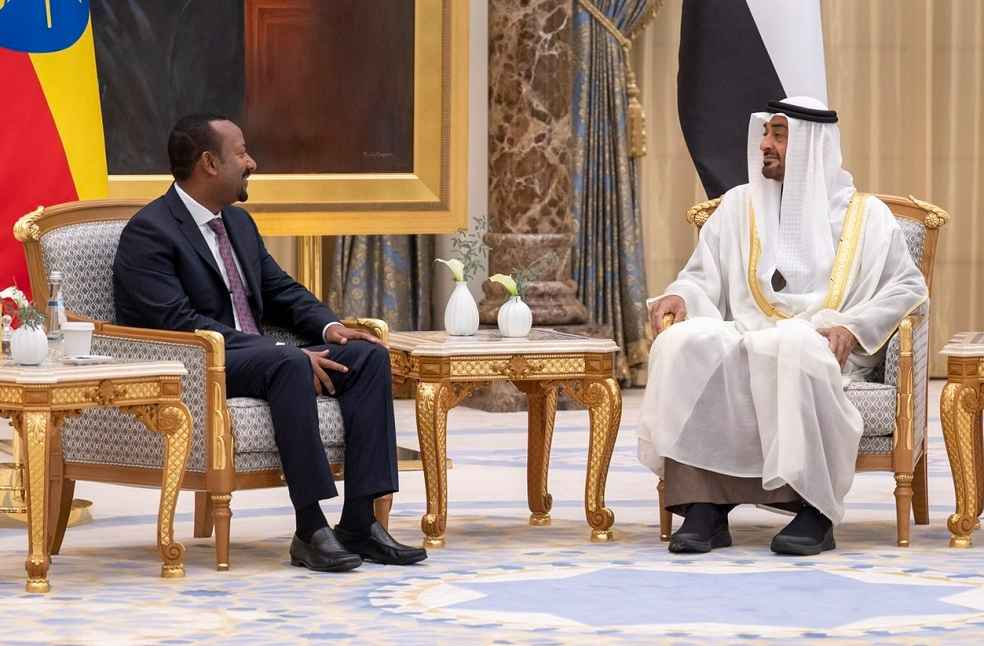 During their interaction at Qasr Al Watan, both leaders conversed about collaboration, collective work and expanding their existing ties to various fields leading to the advancement of overall development efforts and interests.

The two leaders also exchanged their views on the latest regional and global developments of mutual interest. 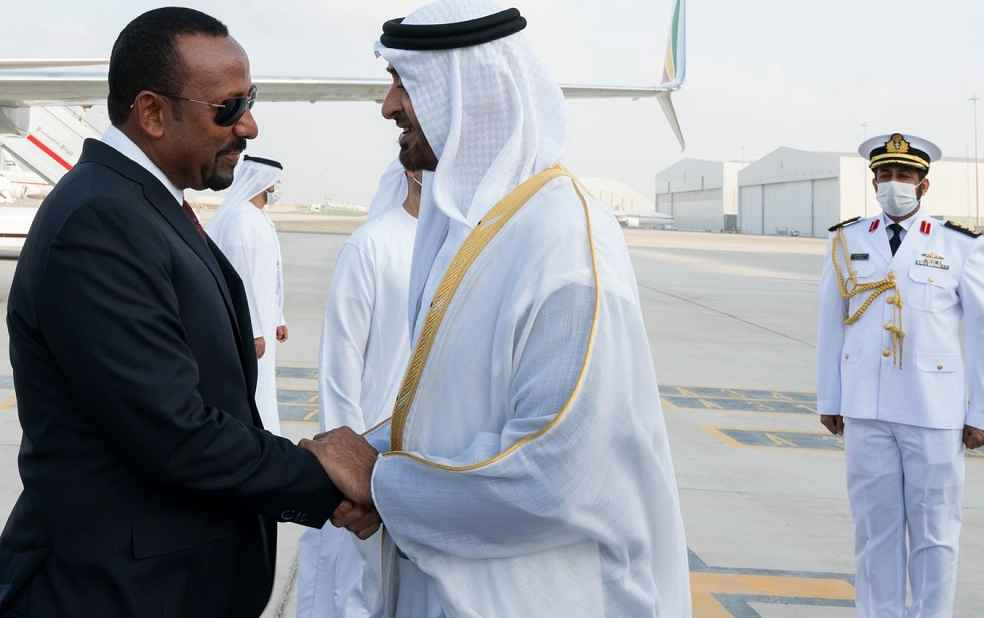 Welcoming the Ethiopian Prime Minister, Sheikh Mohamed bin Zayed expressed his pride in the constructive friendship that both nations have cultivated over the past years through dedicated work to serve the interests of their peoples, and enhance security and stability in the region.

During their review of the qualitative progress and opportunities in the joint cooperation between their countries in various sectors, especially developmental, economic, investment and other vital sectors, the two leaders highlighted that the UAE-Ethiopia relations witnessed significant development during the past years, particularly in the investment, agriculture, trade fields, among others. 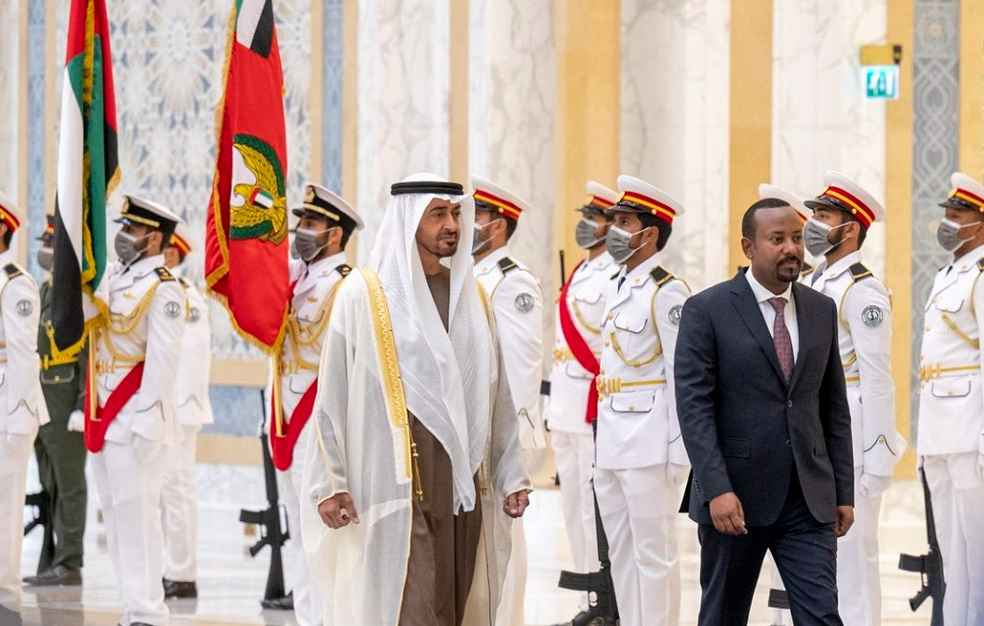 The Ethiopian Prime Minister briefed Sheikh Mohamed bin Zayed on the latest developments on the Ethiopian arena and wished peace, unity and stability for the friendly people of Ethiopia.

Prime Minister Ahmed also pointed out the UAE’s stance and approach to establishing peace and stability, given its firm belief that achieving development and building a better future for peoples requires building a solid foundation on pillars of stability, peace, coexistence, and cooperation.

Meanwhile, the Abu Dhabi Crown Prince wished success and good luck for the African Union Summit, which will be hosted by Ethiopia next February. The event aims to support stability, peace, security and development in the African continent, especially since Ethiopia is a cornerstone of joint African action.

Sheikh Mohamed bin Zayed also stressed that the UAE attaches great importance to its relations with Africa at the political, economic, trade, and developmental levels. 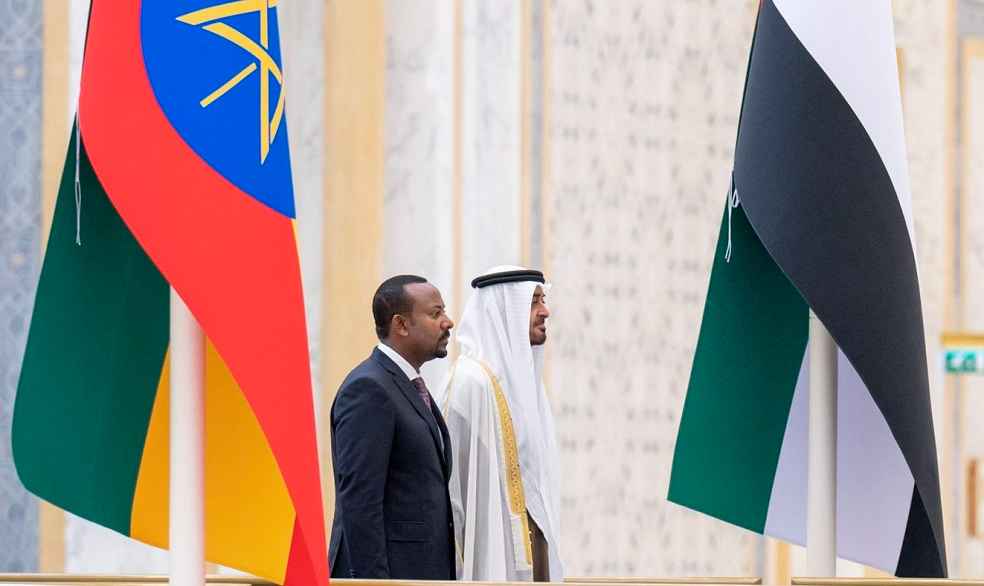 In turn, Mr. Abiy Ahmed extended his gratitude and appreciation for the UAE’s stances and its initiatives that support peace and stability in his country, and wished continued progress and development for the UAE.

The Ethiopian Prime Minster commended the UAE’s approach in terms of its relations with other countries, which is based on wise and balanced diplomacy, through which it seeks to promote stability and peace in various countries of the world, and its cooperation and solidarity with countries to address common challenges, especially in times of crisis, in addition to its partnership and support for initiatives aimed at achieving prosperity and development for other nations.

Sheikh Mohamed bin Zayed hosted a banquet in honor of the Ethiopian Prime Minister and those accompanying him. The event witnessed participation from numerous officials from the UAE’s different departments.