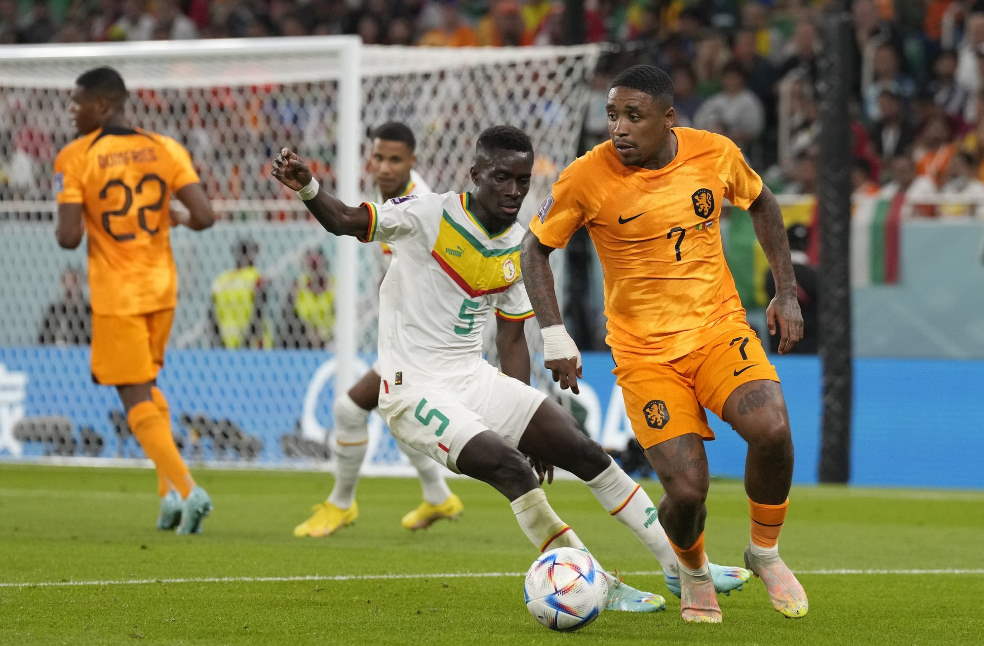 Al Khor, Qatar: The Netherlands snatched a 2-0 victory over Senegal in Group A of the 2022 FIFA World Cup with a late goal in a highly competitive game that largely lacked quality.

Not every game can be a six-goal nail-biter, but the majority of watchers likely expected a few more highlights from a matchup between two top-20-ranked teams at Doha’s Al Thumama Stadium.

Despite Ismaila Sarr’s spectacular curling attempt for Senegal in the 24th minute, which was deflected wide, the Netherlands edged an evenly matched, fluid first half. Cody Gakpo scored the game-winning goal in the 85th minute following a flurry of late chances. Cody did well to beat Edouard Mendy, the goalkeeper for Senegal, to Frenkie de Jong’s inviting cross and head the ball into the net.

A winning start for the Netherlands! 🍊@adidasfootball | #FIFAWorldCup

In the ninth minute of second-half stoppage time, substitute Davy Klaassen added a goal after Mendy mishandled an effort.

While Sarr, who was switched to the left, shined as he tried to compensate for the loss of Senegal’s injured talisman, the team struggled without the contribution of star striker Sadio Mane.

The Dutch goalkeeper Andries Noppert made a string of forceful saves on his debut for the national team, even though the African champions occasionally came near to scoring.

Although they expressed satisfaction with the outcome, Dutch supporters admitted the team’s overall performance might have been far better.

Captain Virgil Van Dijk stated that there is plenty of room for improvement as the tournament progresses.

At the Al Thumama Stadium, a football fan named Mr. Ron Tubee told the media that, “I thought it would be easy, but it wasn’t. Senegal was excellent, speedy, strong, and disciplined.”

Mr. Peter Tobben, a fellow Oranje enthusiast pointed out that, “It was a match of few clear-cut chances … it was very close, and they didn’t deserve to lose. Our first half performance was slow.”

After passing their first and potentially most difficult pre-knockout round test, the Dutch team is well-positioned to qualify from a group that also includes Qatar and Ecuador.