The six-month scheme is aimed at providing researchers with the information they need to carry out their legal obligations to the government. 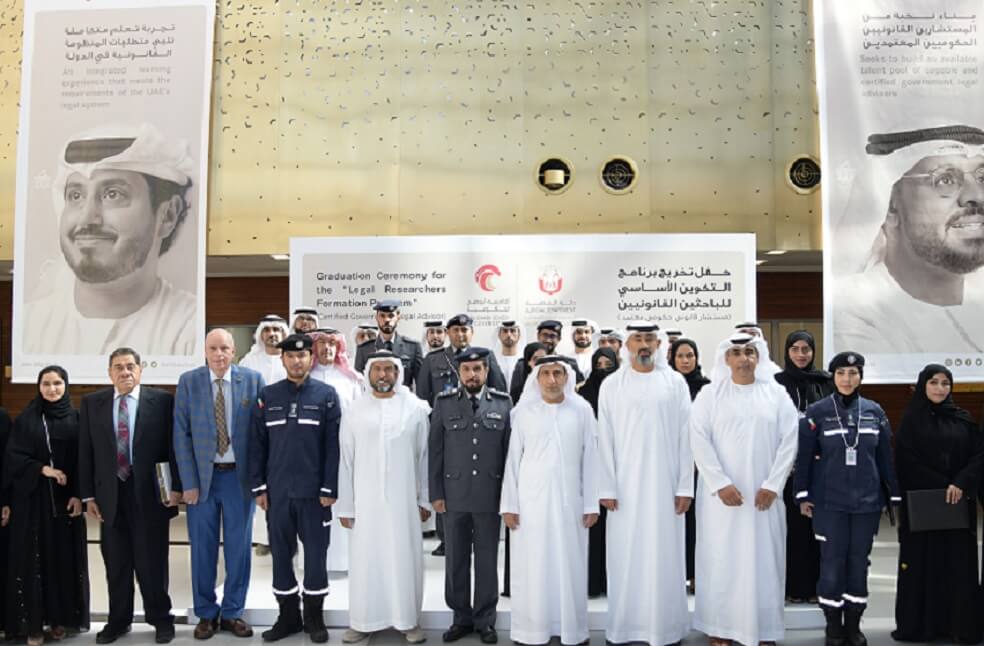 Abu Dhabi: The Judicial Academy at Abu Dhabi (ADJA) recently celebrated the graduation of the 1st batch of the Foundation Training Program for legal researchers, “Certified Government Legal Advisor,” which was implemented in cooperation with the Abu Dhabi School of Government (ADSG), with a total of 554 training hours and the participation of 25 candidates from 16 government agencies.

The six-month scheme is part of a larger initiative to improve researchers’ capacities by providing them with the information they need to carry out their legal obligations to the government, as well as to develop trained and specialized human cadres capable of comprehending, assimilation, and development of legal systems and transforming them into practical life skills.

Mr. Al Abri emphasized that the Program combines theoretical and practical training, making it convenient to build legal researchers’ capacities and empower them with the fundamental abilities necessary to carry out their work effectively and in line with the demands of the practical reality in courts and public prosecutions.

According to the announcement made by ADJA in collaboration with the ADSG, enrolment for the second intake of the program, which is expected to be launched during the second quarter of 2023 through the Abu Dhabi Judicial Academy platform for education and training, has begun.