Women can play a critical role in responding to the climate crisis; UAE

The UAE's statement was delivered during the 66th annual session of the United Nations' Commission on the Status of Women (CSW). 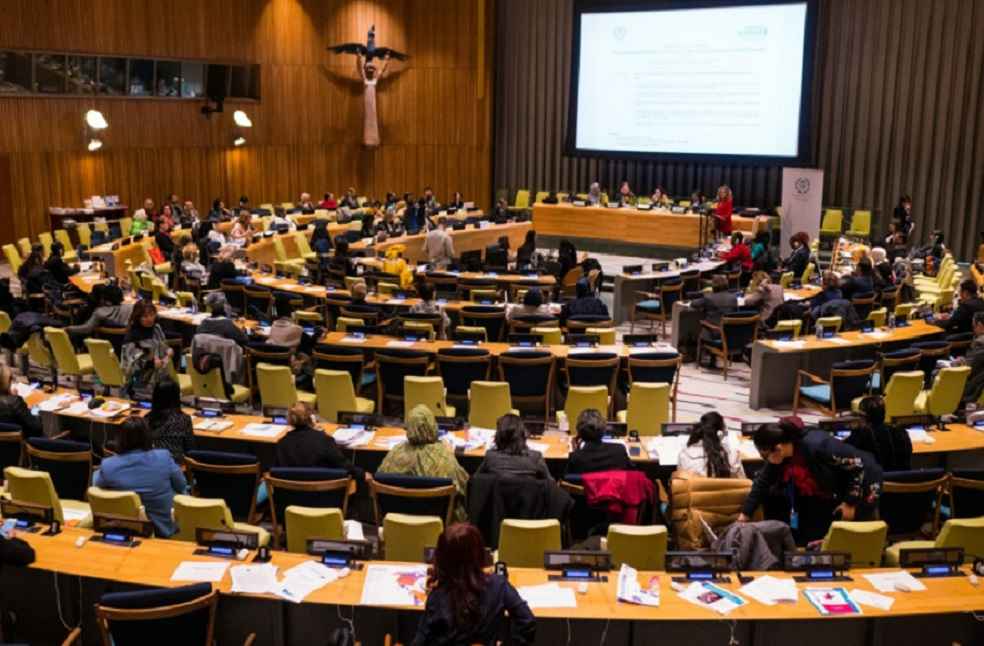 New York: Reiterating its stance on Women Empowerment and the vital role played by Women in all sectors of life, the United Arab Emirates has articulated its firm belief in the crucial role that women play in mitigating the climate crisis and its commitment to developing efforts that take into consideration the empowerment of women and crafting a national policy that combats climate change.

The UAE’s statement was delivered during the 66th session of the United Nations’ Commission on the Status of Women (CSW) on “Achieving gender equality and the empowerment of all women and girls in climate change, environmental and disaster risk reduction policies and programs.”

The UAE contingent to the session was led by Ms. Mariam bint Mohammed Almheiri, Minister of Climate Change and the Environment which pointed out that the UAE leadership’s important role and the efforts of relevant national institutions to advance women’s status at all levels.

Speaking during the session, Ms. Almheiri remarked that, “We have witnessed how the meaningful political participation of women has enabled the UAE to better respond to the needs of its citizens and residents.”

The UAE Minister pointed out the important  areas that require special attention from the international community to help promote gender equality in the face of the climate crisis.

The 66th Annual Session of the United Nations’ Commission on the Status of Women (CSW) which takes place from the 14th of March to the 25th, is part of the UN’s Economic and Social Council, the principal global governmental body exclusively dedicated to promoting gender equality and the empowerment of women. The body established in 1946.