During his interaction at the French Pavilion, Astronaut Pesquet answered numerous questions from growing food in zero gravity to installing solar arrays (systems of multiple solar panels) on the International Space System (ISS). 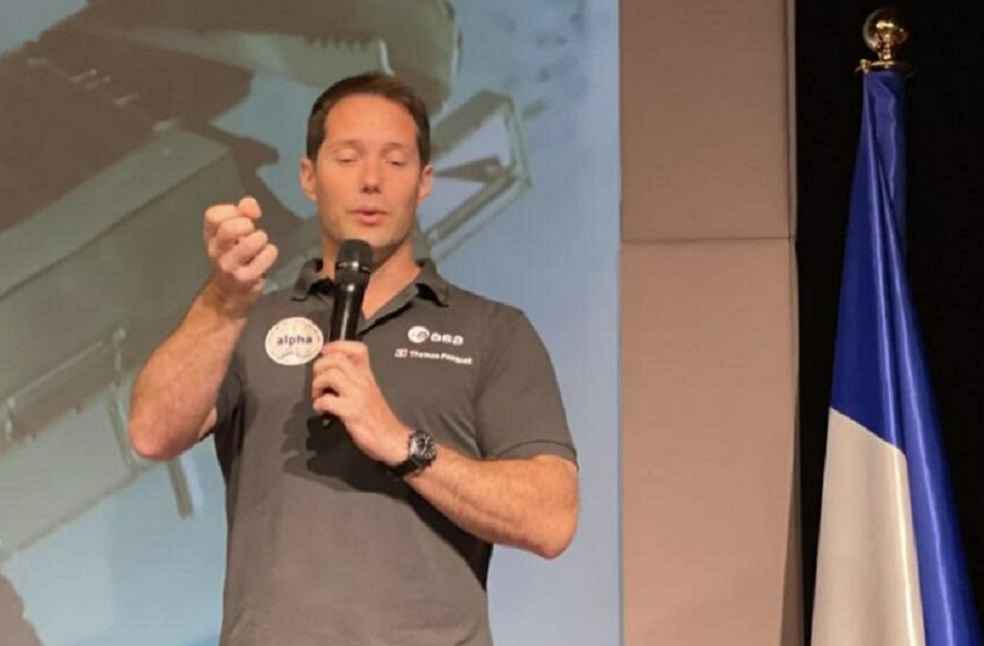 Dubai: Speaking at a Q&A session organized by the French Pavilion at Expo 2020 Dubai, Astronaut Thomas Pesquet shared insights into his 200-day mission which launched from Florida, USA.

Astronaut Pesquet also showcased the image he took of the Expo 2020 Dubai Site from the International Space Station (ISS).

During his interaction with the Public, Astronaut Pesquet answered numerous questions from growing food in zero gravity to installing solar arrays (systems of multiple solar panels) on the International Space System (ISS).

Narrating the journey leading to his second mission to ISS which launched from Florida, Astronaut Pesquet, first person from France to command ISS, remarked that “Before the mission starts, there is a lot of travelling around the world to different space agencies.”

“We have to train for every kind of emergency, such as how to deal with a fire, which reacts very differently in zero gravity,” the French Astronaut observed.

Not only did Astronaut Pesquet have to be familiar with all the systems in place, but he and his crew of 4 NASA astronauts, Megan MacArthur and Shane Kimbrough, and Japanese astronaut Aki Hoshide, had to ensure the maintenance of the ISS. Intense daily physical training was also essential in preparation for zero gravity, which causes muscle loss.

Observing the intense training sessions and preparations as worthwhile, Astronaut Pesquet explained that, “You move by floating onboard ISS, like you dreamt as a child. It looks like a sci-fi movie or a maze in 3D. You can move up and down – everywhere – so it takes a few days to adjust.”

In their free time, the crew would look through the windows and take time-lapse photos.

“It was incredible to admire the beauty unravel in front of us – to see the different colors of deserts and shapes of snow glaciers. It’s amusing to see streets of famous cities I took a photo of Expo in Dubai,” the French Astronaut stated.

“The wonderful thing about space is that there are no borders,” Astronaut Pesquet remarked while adding that, “We may all be from different countries and cultures but we are all on the same side. ISS is a good example of people from around the world cooperating and working together. And we need to use those values for the future of humanity.”

LIFESTYLE: Some components in Sunscreens can become toxic after 2 hours; Study