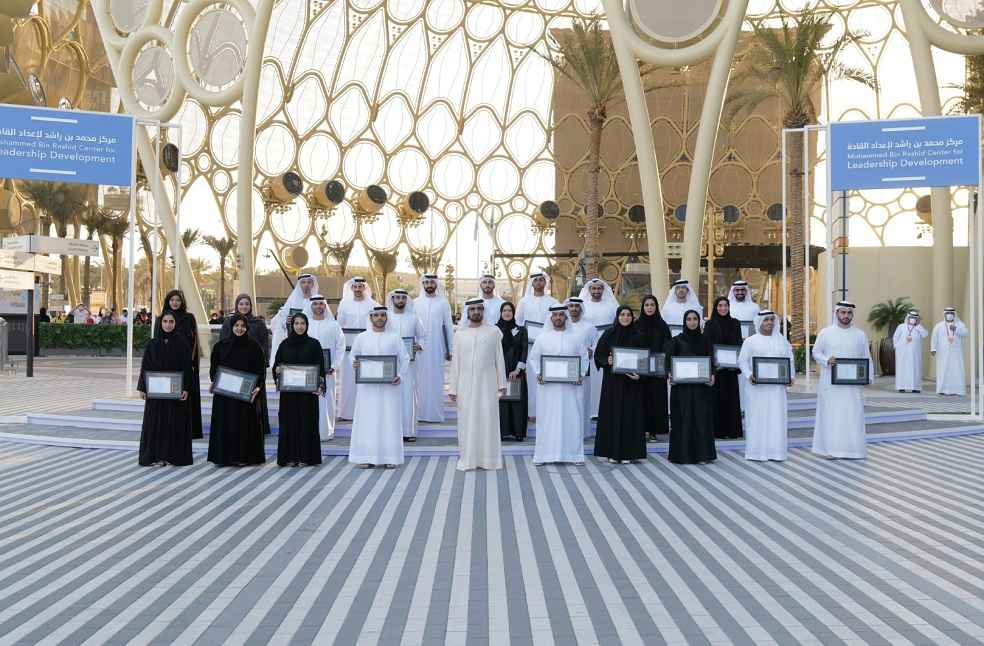 Dubai: Graduates of the opening batch of ‘Dubai Leaders Program’ and the fourth batch of ‘Impactful Leaders Program’ of Mohammed bin Rashid Centre for Leadership Development were blessed by the presence of His Highness Sheikh Mohammed bin Rashid Al Maktoum, Vice President and Prime Minister of the UAE and Ruler of Dubai who took part at the graduation ceremony organized at the Expo 2020 Dubai venue.

During the ceremony, Sheikh Mohammed declared the launch of the second batch of the ‘Dubai Leaders Program’, which aims to develop the capabilities of government employees nominated by director generals of various government entities.

The Ruler of Dubai also formally opened the registrations for the ‘Impactful Leaders Program’.

Congratulating the graduates, Mr. Mohammad Al Gergawi, Minister of Cabinet Affairs and Chairman of The Executive Office of His Highness, observed that nurturing and training leaders is vital to the UAE’s success in the next chapter of its development.