Fisheries surveys in the UAE waters have made it possible to collect many specimens in the Arabian Gulf that were then examined and compared to other regional variants of the species. 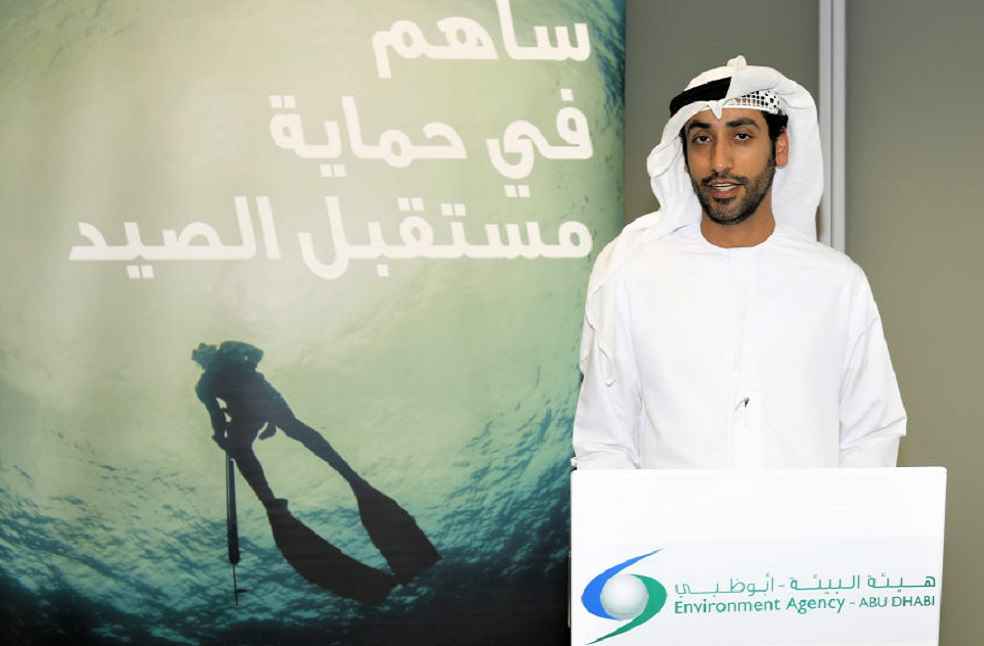 Abu Dhabi: The Environment Agency – Abu Dhabi (EAD) has revealed that specimens collected in the Arabian Gulf during a Fisheries Resource Assessment (FRAS) carried out in 2016 has provided evidence of the existence of a new Eagle Ray species, Aetomylaeus Wafickii.

The specimens in context were collected with other specimens of elasmobranchs and fish. Even though initially the species from the specimen was identified as the Banded Eagle Ray (Aetomylaeus nichofii) due to their similar appearance, the new species was discovered after a thorough examination and publishing of a scientific paper highlighting its astute physical description.

The newly described species can be distinguished from similar species – the Blue-banded Eagle Ray (Aetomylaeus caeruleofasciatus) and Banded Eagle Ray (Aetomylaeus nichofii), by having a larger number of pale blue bands across its dorsal surface (8-10 bands), a larger number of tooth plate rows, and a shorter tail. This description was published in the Marine Biodiversity Journal on 11th February, 2022.

Mr. Al Hashmi further added that, “To ensure longevity and sustainability of our species, at EAD, we engage in extensive rehabilitation programs so that our species can thrive for future generations and enjoy the breadth and beauty of Abu Dhabi’s biodiversity.”

Fisheries surveys in the UAE waters have made it possible to collect many specimens in the Arabian Gulf that were then examined and compared to other regional variants of the species. 600+ specimens of fish were collected along with several elasmobranchs. Specimens collected and measured have been deposited into fish collections at the California Academy of Science (CAS), Museum of Comparative Zoology (MCZ), Harvard, and the United States National Museum Smithsonian (USNM).