The collaboration aims coordinate efforts to dispel myths, encourage tolerance and cohabitation among young people, while advancing collaboration in the areas of interreligious and intercultural communication. 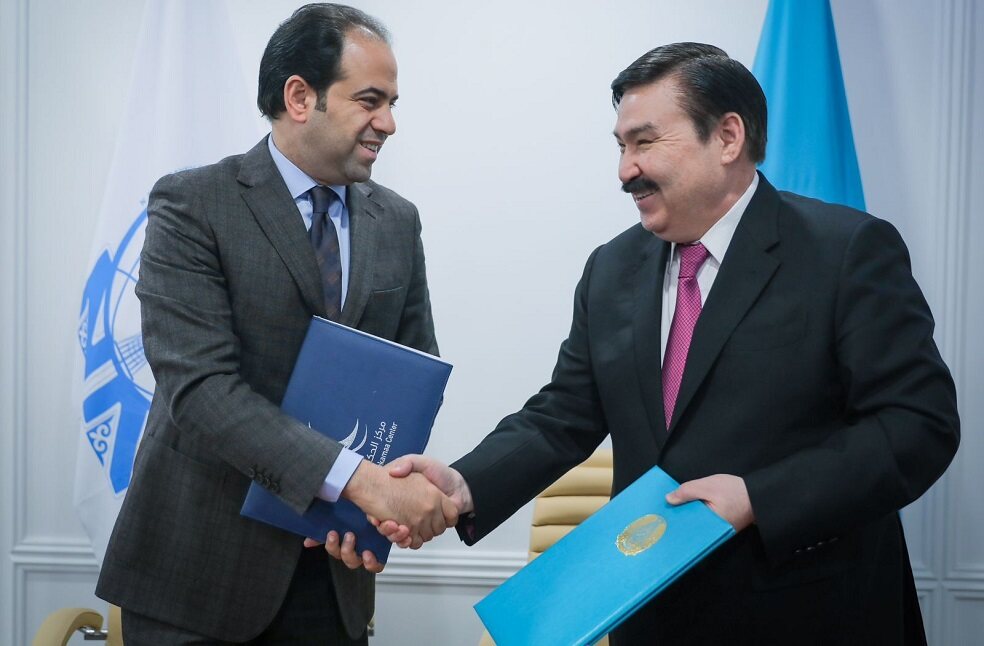 Astana, Kazakhstan: The Secretary-General of the Muslim Council of Elders, Judge Mohamed Abdelsalam, and Mr. Bulat Sarsenbayev, Chairman of the N. Nazarbayev Centre for the Development of Interfaith and Inter-civilization Dialogue, have signed a Memorandum of Cooperation (MoC).

The mission of the collaboration is to coordinate efforts to dispel myths, encourage tolerance and cohabitation among young people, while advancing collaboration in the areas of interreligious and intercultural communication, particularly in Central Asia.

Speaking on the occasion, Mr. Bulat Sarsenbayev commended the Muslim Council of Elders, presided over by Grand Imam of Al-Azhar Dr. Ahmed Al-Tayeb, for its role in fostering communication and coexistence.

Mr. Sarsenbayev also cited the Grand Imam’s recent presence at the 7th Congress of Leaders of World and Traditional Religions, which took place in Kazakhstan in September, as well as his attendance at the recent “Bahrain Dialogue Forum,” where he once again met with Pope Francis and other Catholic Church leaders.

Judge Mohamed Abdelsalam acknowledged that the MoC between the N. Nazarbayev Centre on the Development of Interfaith and Inter-Cultural Dialogue will undoubtedly have a positive influence on the spread of coexistence, tolerance, and peace in Kazakhstan and Central Asia.

Mr. Abdelsalam also praised Kazakhstan for its crucial contribution to the development of interreligious and intercultural dialogue as well as the successful holding of the 7th Congress of Leaders of World and Traditional Religions in September in the nation’s capital, Nur-Sultan, and the adoption of the Document on Human Fraternity as a key document for such dialogue. Many officials were present at the gathering.