More than 350 workers and engineers worked for over 1.3 million hours in 25 months on the 5.7 KM stretch line in Ras Al Khaimah, which connects the Emirate to the main line. 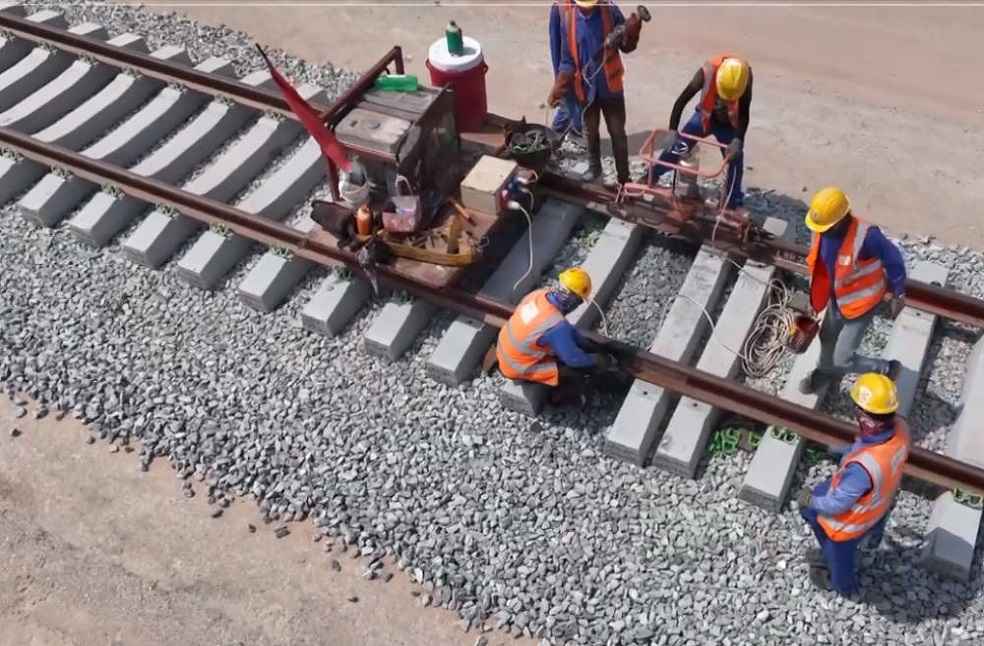 Abu Dhabi: The developer and operator of the UAE National Rail Network, Etihad Rail has completed major works related to the connection between Sharjah and Ras Al Khaimah, as part of the last package of Stage Two of the project.

The main line of the UAE national rail network, which begins in Ghuweifat on the Saudi Arabian border and travels through the Emirates of Abu Dhabi, Dubai, Sharjah, and Ras Al Khaimah, is set to transport passengers on a scenic path across the highlands.

Etihad Rail is now working to complete tracks in Fujairah in the upcoming weeks. The latest development, which comes as part of the final package of the second phase of the mega project, brings Etihad Rail closer to completing the entire network on schedule, officials stated.

The 145 KM long project’s final package includes the line in Sharjah, which is almost 45 KM long. More than 11.7 million working hours were recorded over the 25-month process of connecting the Emirate to the main line. The project, which included track laying construction and quality tests of the new line, involved about 2,900 employees and engineers.

More than 350 workers and engineers worked for over 1.3 million hours in 25 months on the 5.7 KM stretch line in Ras Al Khaimah, which connects the Emirate to the main line.

“Today, we have made remarkable strides by completing the main works for the UAE National Rail Network and connecting it to the main lines in Sharjah and Ras Al Khaimah, bringing us closer than ever to completing the network on schedule and achieving our objective of providing an efficient and sustainable transport network that links the country’s emirates, and connects the UAE with the region. This plays a key role in opening up new prospects in the logistics and transport industry, driving social development, and providing promising economic opportunities in the UAE and the region across a range of sectors.”

The Deputy Project Manager at Etihad Rail elaborated that, “We would like to extend our sincere appreciation to the local government entities in the Emirates of Sharjah and Ras Al Khaimah for their momentous support in making this project a reality. We are also proud to witness this step further drive the success of Etihad Rail in developing the strategic national project, particularly after the consecutive achievements that we have made, most recently connecting the railway freight station in the Industrial City of Abu Dhabi (ICAD) with the main line of Etihad Rail. We are moving on track towards perpetuating our success story, with the support of our exceptional national and global talents who are contributing to enhancing the UAE’s infrastructure sector.”

KNOWLEDGEABLE: HAVING ISSUES MANAGING YOUR STRESS? WATCH A HORROR MOVIE!!