Sheikha Fatima had earlier directed ERC to organize rapid emergency aid to the Sudanese people, including basic supplies and Ramadan essentials, prioritizing families which are most affected by the pandemic. 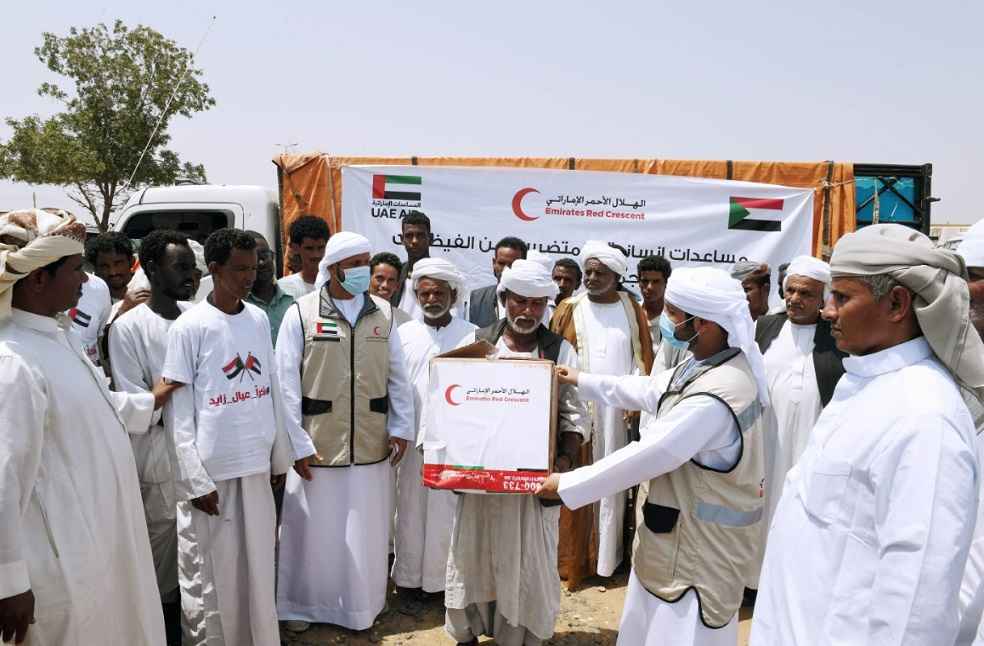 The Aid which was provided upon the directives of H.H. Sheikha Fatima bint Mubarak, Chairwoman of the General Women’s Union (GWU), President of the Supreme Council for Motherhood and Childhood, Supreme Chairwoman of the Family Development Foundation (FDF), Honorary Chairperson of the ERC, the Mother of the Nation, is expected to support the needs of thousands of families in the states of Khartoum, South Kordofan, Kassala, Blue Nile, River Nile, Al Jazirah and Northern.

Sheikha Fatima had earlier directed ERC to organize rapid emergency aid to the Sudanese people, including basic supplies and Ramadan essentials, prioritizing families which are most affected by the pandemic.

Responding to the call made by Sheikha Fatima, ERC organized a 5-plane relief airlift which successfully delivered hundreds of tons of essential food supplies.

Mr. Hamad Mohamed Hamad Al Junaibi, UAE Ambassador to Sudan, remarked that the initiatives of Sheikha Fatima have enabled vulnerable people in Sudan to overcome their dire conditions and provided for their basic needs.

The UAE Ambassador to Sudan further added that Sheikha Fatima’s noble initiative is being implemented for the third consecutive year, as part of a series of Emirati initiatives in Sudan.