The Conference is held under the theme, 'Boosting the role of National Parliaments in promoting global peace and sustainable development.' 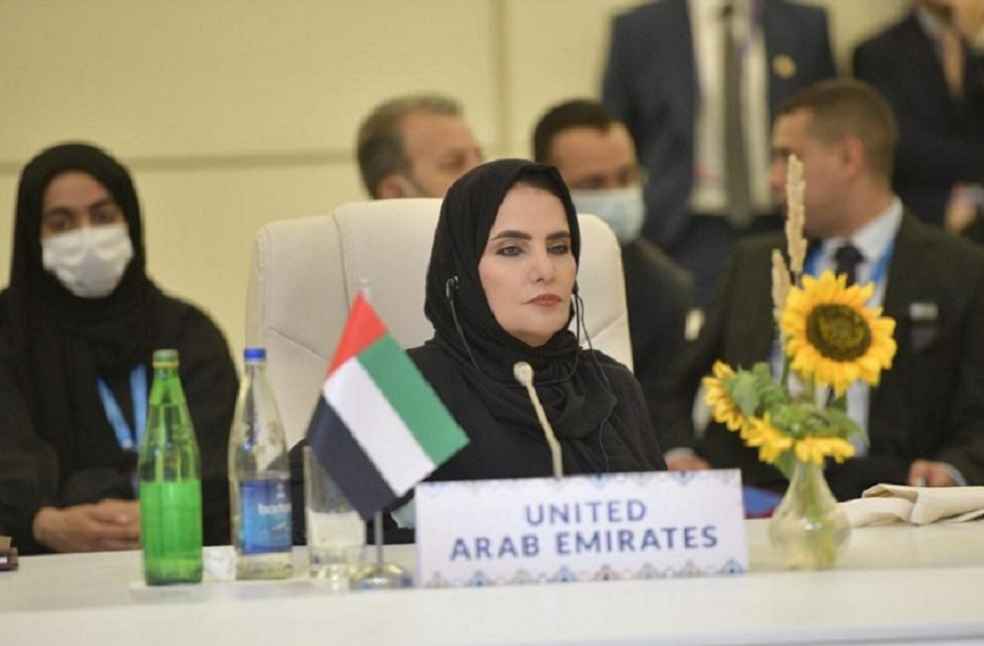 Addressing the attendees at the Conference, Ms. Al Sharhan remarked that the UAE believes that spreading values of tolerance and promoting inter-cultural dialogue remain key international humanitarian principles to combat violence across the world.

Delivering a statement on behalf of the UAE Parliamentary Division, the FNC 2nd Deputy Speaker emphasized on the need to adopt the NAM’s principle of settling international disputes through peaceful means.

THE STATUTE OF THE PARLIAMENTARY NETWORK OF THE NON-ALIGNED MOVEMENT

Held under the theme ”Boosting the role of national parliaments in promoting global peace and sustainable development”, the Conference adopted The Statute of the Parliamentary Network of the Non-Aligned Movement.

The Conference witnessed the selection of a chairman and 3 vice chairmen of the Parliamentary Network. The gathering also the logo and flag of the movement.

The 3-day event (30th June to 2nd July) emphasized in the Baku Declaration, the significance of the role of the Non-Aligned Movement and the principles on which it is based in order to meet the new and ongoing challenges of maintaining peace, security and sustainable development, expressing the network’s strong commitment to the goals and principles of the NAM.

The Baku Declaration speaks of the noble goal of the NAM to support sustainable development and peaceful coexistence between countries, noting the main role played by the NAM in uniting efforts to combat the coronavirus and overcome its negative consequences.