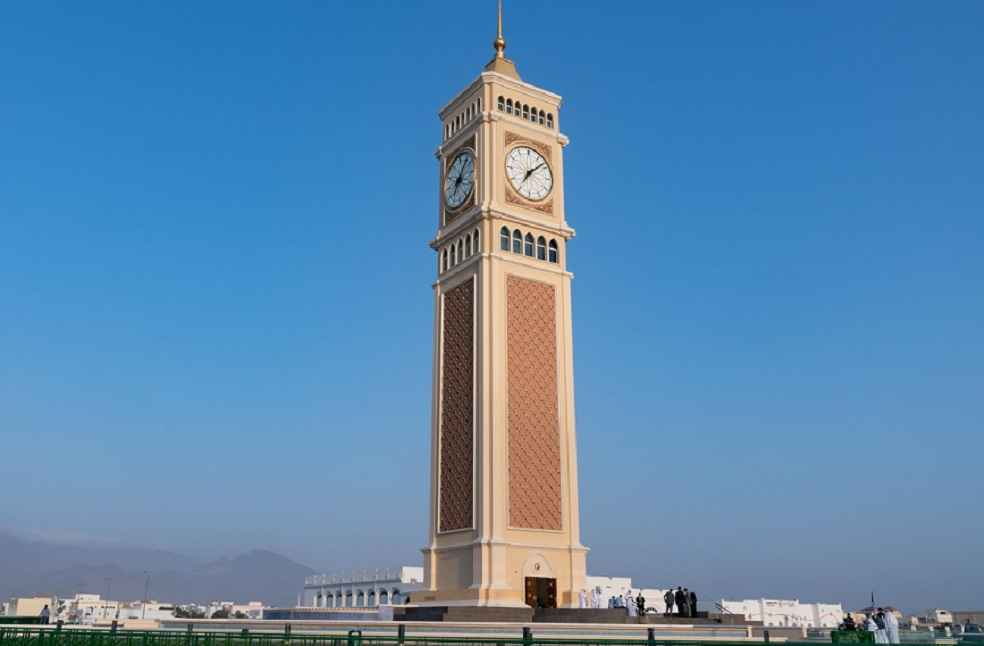 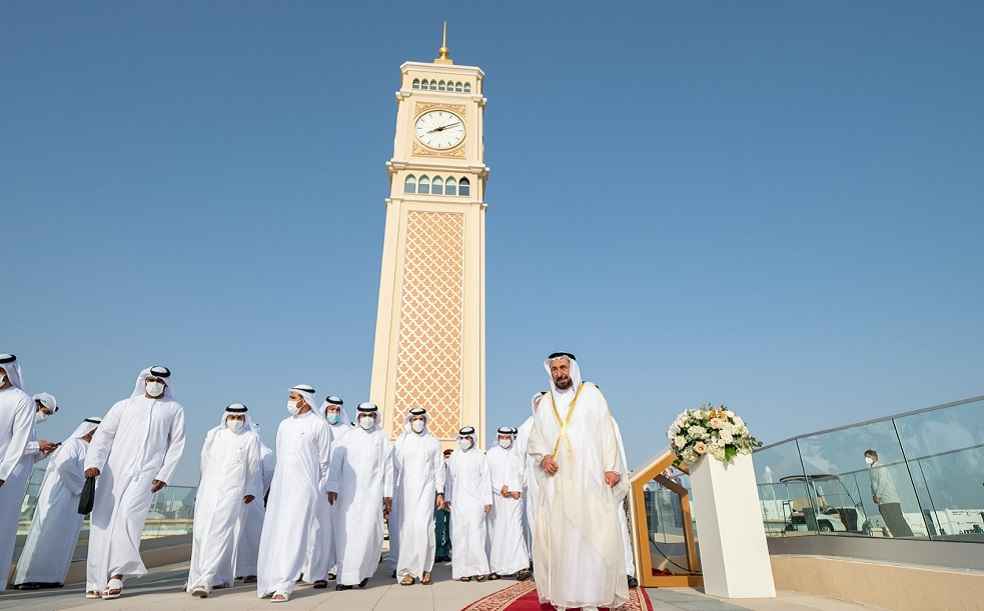 The Sharjah Ruler also toured the corridors of the tower to see its most prominent facilities and contents and its distinctive views overlooking the city of Kalba.

The newly launched Clock Tower houses two balconies for sightseeing. The first, located on the fifth floor at a height of 33 meters, contains a restaurant for visitors. The second balcony, at 46 meters above sea level, provides a wonderful view of the city and its surrounding places such as Kalba Lake, University of Sharjah, Kalba Commercial Centre, Qurum Reserve and the surrounding mountains.

The Clock Tower is 60 meters high, with a total area of 668 square meters and an area of 2,532 square meters for the corridors leading to the Tower.

The Tower has 7 floors, topped by a huge clock with a diameter of 5 meters that can be seen from all over the city. 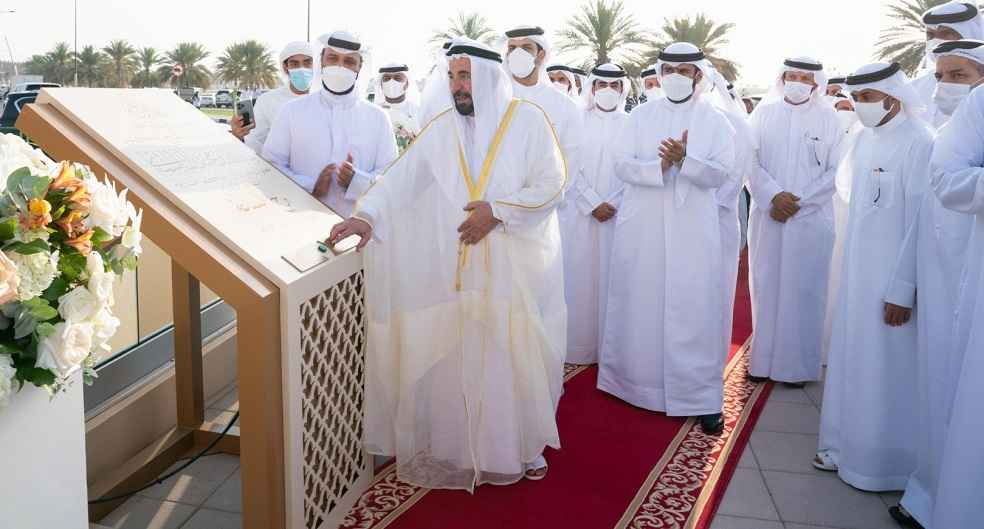 The Clock Tower Square Project and its surrounding area were provided with parking, safe pedestrian paths, and a tunnel leading to the clock tower with a length of 65.7 meters, which includes a number of murals of the most important ancient and modern landmarks of Kalba.

Apart from a number of senior officials, heads of government departments and notables of the region, the dignitaries who attended the inauguration of the Clock Tower Square included;