The 2-day competition, hosted in a gymnasium at the ZHO HQ in the Mafraq area witnessed the participation of 8 teams from the organization’s career cadres. 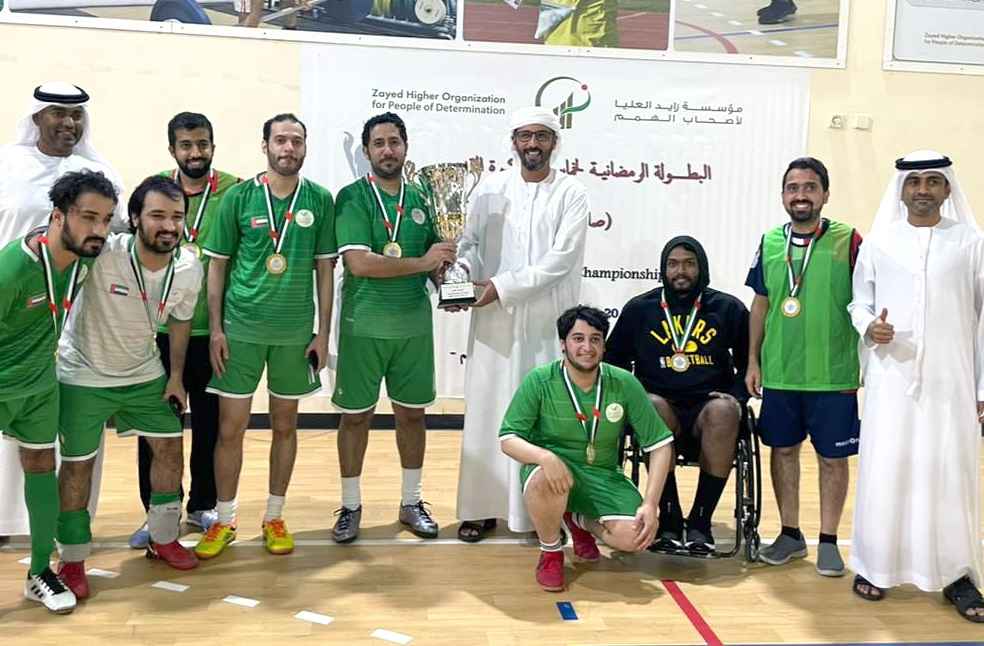 The Final of the event, organized by the ZHO Sports Clubs Department as part of its activities on the occasion of the Holy Month, witnessed Abu Dhabi Club defeat Al Hamm Team for a final score of 5 – 3.

The 2-day competition, hosted in a gymnasium at the ZHO HQ in the Mafraq area witnessed the participation of 8 teams from the organization’s career cadres.

In the 1st match organized in the knockout system of the quarter-finals, the Abu Dhabi Club for People of Determination team defeated Al Aynawi team for a score line of 6 – 4.

The Agricultural Rehabilitation Team defeated the General Secretariat Team in the second match for 3 – 1 on penalties after the match ended 1 – 1 at the normal play times.

The third match in the knockout round witnessed the Abu Dhabi Autism Centre Team face defeat at the hands of the Future Team for 2 goals to 1.

In the Final match of the round, the Al Hamm team defeated the Al Taawun team with just one goal.