The WiSER Annual Forum was hosted as part of Abu Dhabi Sustainability Week (ADSW) 2023, the capital of the UAE's week-long worldwide forum for sustainable development. 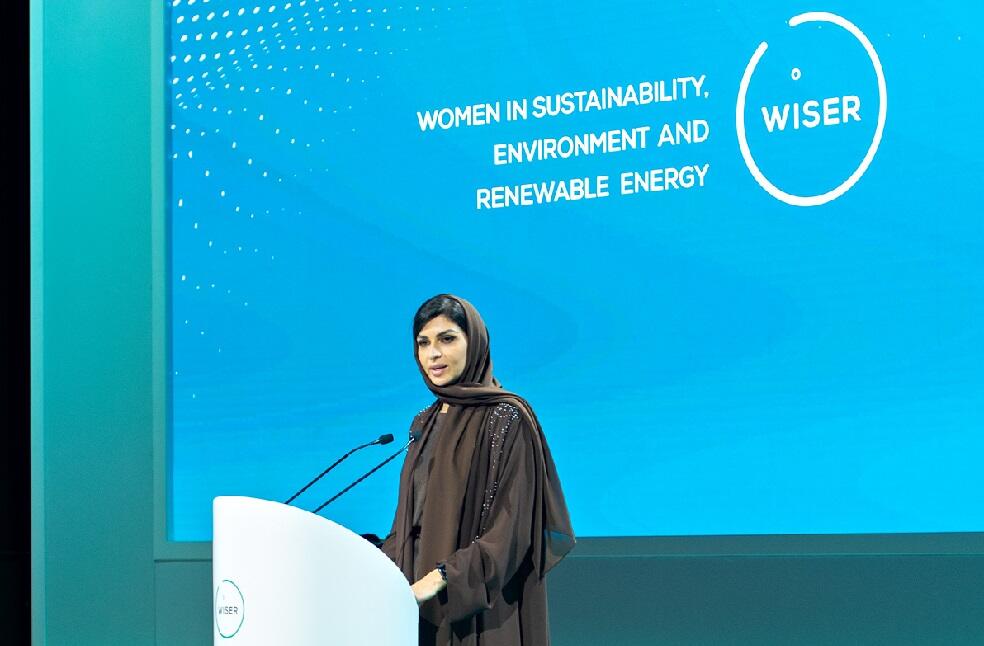 Abu Dhabi: At an annual meeting hosted by Women in Sustainability, Environment and Renewable Energy (WiSER), a global platform managed by the UAE’s clean energy powerhouse Masdar, over 120 key people gathered to discuss how to strengthen women’s leadership in climate adaptation.

Women are increasingly becoming at the forefront of efforts to adapt to a changing climate as the world works to do so. The WiSER Annual Forum was hosted as part of Abu Dhabi Sustainability Week (ADSW) 2023, the capital of the UAE’s week-long worldwide forum for sustainable development.

Increasing food security and access to agritech, protecting biodiversity and eco-systems, women’s engagement and leadership in the clean energy transition, and equal access to climate finance were some of the roundtable themes covered at the forum. A report summarising the forum’s findings will be released on 8th March 2023 in honour of International Women’s Day.

Ms. Khadeeja Naseem, Minister of Environment, Climate Change and Technology for the Maldives, was one of the participants. “As one of the lowest-lying countries in the world, the Maldives is incredibly vulnerable to climate change,” the Minister stated.

“We’ve been taking a holistic approach to these challenges, including building the resilience and health of our coral reefs – which are the first line of defense for our shores. To ensure maximum success for climate adaptation projects, women’s leadership is vital. Women bring unique insights and talents to this collective mission and we must remove all barriers to their participation,” Ms. Naseem further added.

In recent months, the human cost of climate change has been in sharp focus with a ‘loss and damage’ deal to provide funding for climate-vulnerable countries being struck at COP27 in Egypt. Globally, women and girls make up 80 percent of those displaced by climate change, according to the UN. The UAE will host the United Nations Climate Change Conference (COP28), in November and December, as per the report.

Since its founding in 2015, WiSER has organised high-level forums with more than 2,000 attendees to advance sustainability and gender equality.