The agreement will allow collaboration on the development of upcoming carbon credits and broaden the application of Satavia technology to prevent heated aircraft contrails in regular commercial aviation. 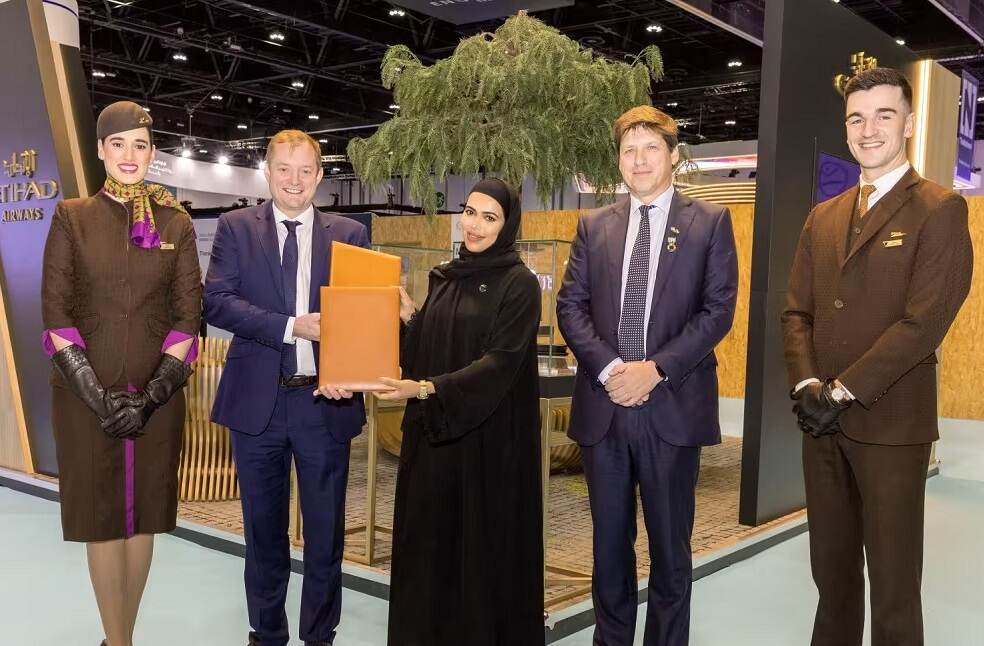 Abu Dhabi: The national airline of the UAE, Etihad Airways, and Satavia, a premier UK-based green aerospace company, have inked a ground-breaking contrail management deal. This is the first multi-year commercial production contract in history to integrate contrail management into daily business.

The agreement will allow collaboration on the development of upcoming carbon credits and broaden the application of Satavia technology to prevent heated aircraft contrails in regular commercial aviation. In order to extend the possibilities for contrail control throughout daily flight operations, the alliance will build on a previous proof-of-concept engagement. The relationship also includes a commitment to work together on future carbon credit production from contrail management activities.

Up to two-thirds of aviation’s climatic effect can be attributed to the contrails that aircraft generate, which far outnumber the direct CO2 emissions from aircraft engines. The DECISIONX: NETZERO contrail management tool from Satavia optimises commercial flight plans for more eco-friendly operations by making minor routing adjustments on a small percentage of flights to prevent the creation of persistent heated contrails.

Ms. Al Qubaisi remarked that, “Our collaboration with Satavia illustrates the possibility of credible sustainability advances in day-to-day commercial operations. In 2022 alone, Satavia technology has enabled us to eliminate thousands of tonnes of carbon dioxide equivalent climate impact. We are delighted to sign this pioneering contract with Satavia at WFES, signalling our intent to tackle aviation’s non-CO2 impacts with cutting-edge science and ground-breaking technical innovation.”

In addition to facilitating contrail management during normal flight operations, Satavia also analyses the effects of climate change to generate carbon credits that are then shared with Etihad.