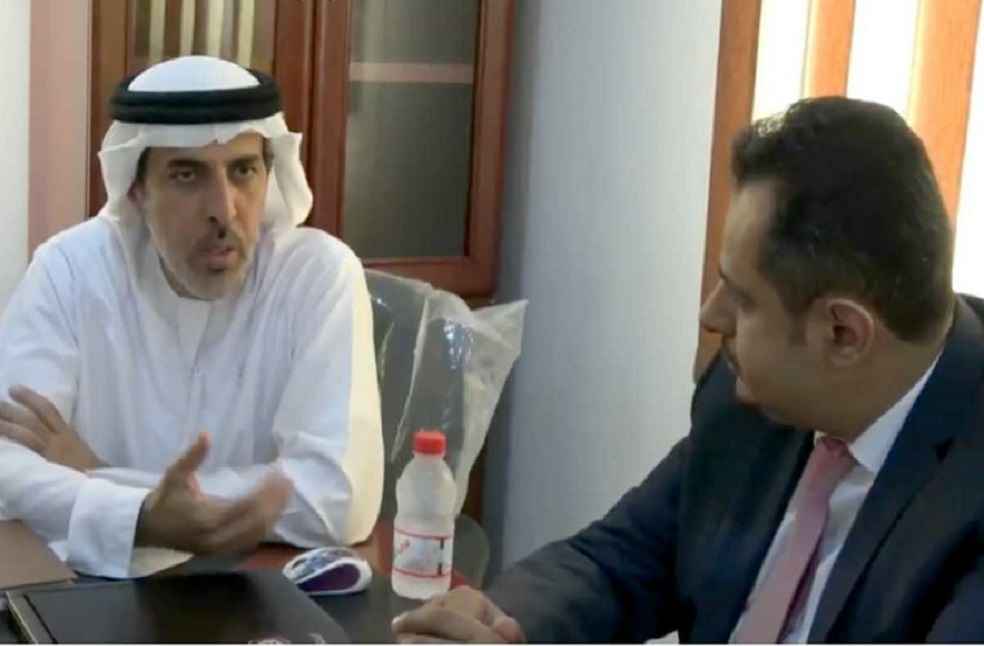 Abu Dhabi: Fraternal Relations between the UAE and Yemen were once again in the spotlight when His Highness Sheikh Mohamed bin Zayed Al Nahyan, Crown Prince of Abu Dhabi and Deputy Supreme Commander of the UAE Armed Forces engaged in a discussion with Yemen’s Prime Minister, Dr. Moeen Abdul-Malik.

The two leaders deliberated on prospects of developing brotherly relations and cooperation ties between the two countries, in addition to reviewing the humanitarian situation and latest developments in Yemen.

The bilateral dialogue, organized at the Qasr Al Bahr Palace saw the duo exchanging views on numerous issues and developments of common interest.

At the occasion, His Highness Sheikh Mohamed stressed the UAE’s keenness to continue its support for the brotherly people of Yemen to ensure their security and stability.

On the other hand, Dr. Moeen Abdul-Malik appreciated the efforts made by the UAE and its developmental and humanitarian support for Yemen and its people. The Yemeni Prime Minister praised the UAE’s contributions to rehabilitating the vital facilities and developing the infrastructure in Yemen.

Dr. Abdul-Malik also recognized the Arab Coalition’s efforts to Support Legitimacy in Yemen, led by the sisterly Kingdom of Saudi Arabia, and its pivotal role in supporting the Yemeni people at various levels.

Other officials who took part at the occasion include;