During their interaction, both sides conversed about areas of cultural cooperation between the UAE and Saudi Arabia 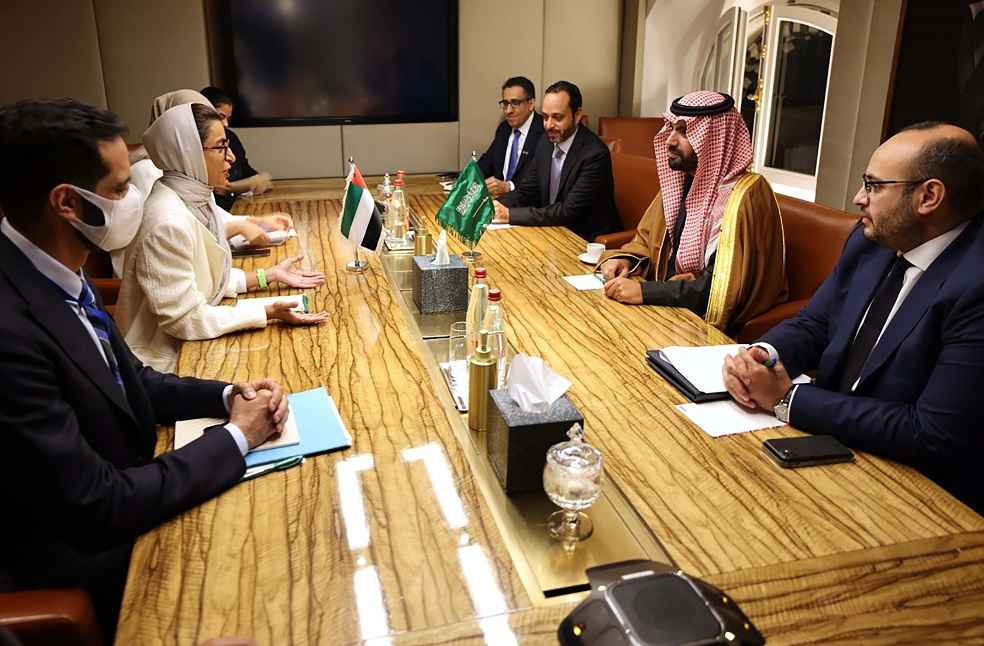 Paris; The picturesque French capital Paris became the host to yet another get-together of UAE-Saudi Officials as Ms. Noura bint Mohammed Al Kaabi, the UAE Minister of Culture and Youth, met Saudi Minister of Culture, Prince Badr bin Abdullah bin Farhan Al Saud, on the sidelines of the 41st session of the General Conference of the United Nations Educational, Scientific and Cultural Organization (UNESCO) held in the city.

During their interaction, both sides conversed about areas of cultural cooperation between the UAE and Saudi Arabia and avenues of merging their cultural visions and efforts, under the framework of relevant international organizations.

Speaking at the gathering, Ms. Al Kaabi pointed out the importance of the current cooperation and coordination between the two countries, remarking the UAE backed a draft resolution proposed by Saudi Arabia, while Saudi Arabia supported three Emirati resolutions during this year’s UNESCO General Conference.

The UAE Minister of Culture and Youth who is also the UAE pavilion commissioner at Expo 2020 Dubai, highlighted the country’s support for Saudi Arabia’s candidacy to host Expo 2030 in Riyadh.