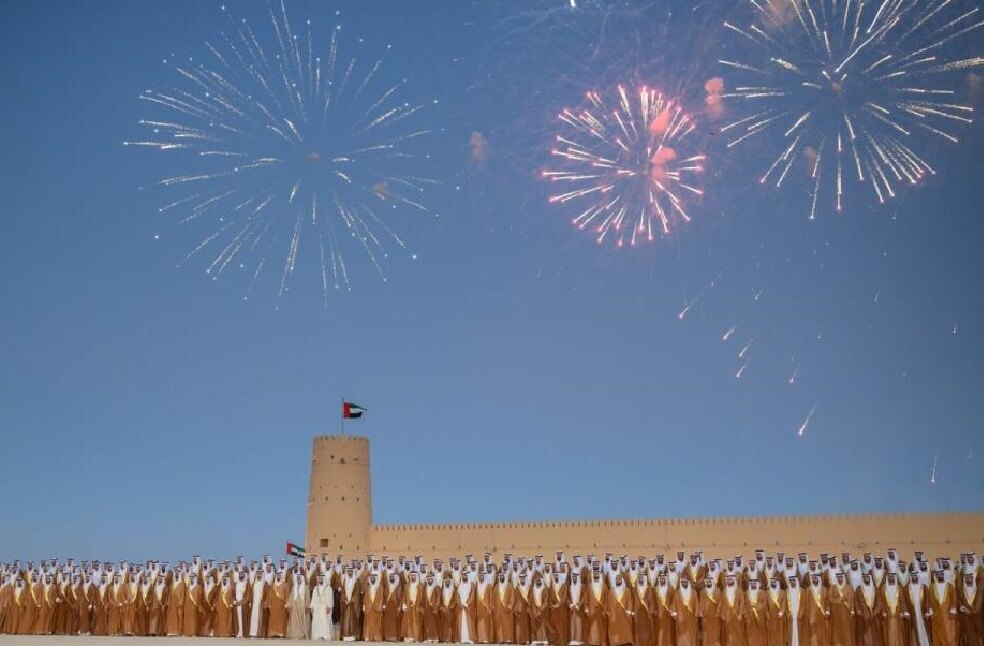 Abu Dhabi: Prominent people and Government leaders were among the attendees at a large wedding in Abu Dhabi, joined by 188 Emirati couples. The ceremony was held at Al Dhafra as part of the UAE’s upcoming 51st National Day celebrations.

Sheikh Hamdan bin Zayed, the Ruler’s Representative in the Al Dhafra Region, organised the event on November 26th with the help of the Abu Dhabi National Oil Company (ADNOC).

Sheikh Hamdan later shook hands with the brides and grooms and wished them well in their lives together. The Ruler’s Representative emphasised the value that Vice President Sheikh Mohammed and Dubai Ruler Sheikh Mohammed bin Rashid placed on such social gatherings.

According to the Ruler’s Representative, mass weddings are in keeping with enduring Arab customs and values and assist couples in starting a family without having to worry about incurring significant financial obligations.

Sheikh Hamdan claimed that, the spectacular wedding, which took place just days before the UAE celebrates its National Day, underscored the urgent need to assist young people as they navigate life and he thanked ADNOC for its support of the wedding.