The UAE minister led the country's delegation to the 13th session of the IRENA, which was held in Abu Dhabi. 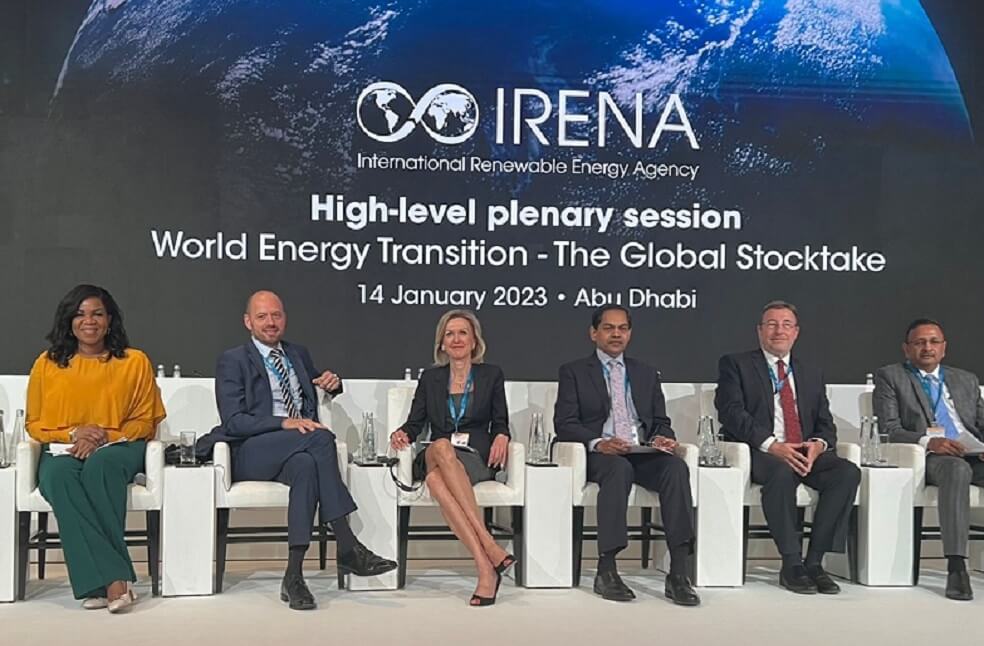 Abu Dhabi: Ms. Mariam bint Mohammed Almheiri, Minister of Climate Change and Environment, has led the UAE delegation to the 13th session of the IRENA, which was held in Abu Dhabi under the theme “World Energy Transition – The Global Stocktake.”

The minister attended the opening session of the assembly, which stressed the importance of accelerating the pace towards renewable energy and doubling its share to two-thirds of the world’s energy by 2030 and to 100 percent by 2050.

Ms. Almheiri highlighted the country’s efforts in sustainable development, climate action, and food security, as well as exploring new synergies in this space with other countries in the run-up to the 28th UN Climate Change Conference (COP28) that the UAE will host in late 2023.

“As an IRENA host country and member, and as the President of the COP28, the UAE supports the renewables-centered energy transition pathway stipulated in IRENA’s World Energy Transitions Outlook and considers it an important contributing element to the proceedings of the COP28. The COP28 UAE Presidency will further prioritize the needs of the world’s most vulnerable communities, including working with IRENA to advance loss and damage funding arrangements,” the minister further added.

According to Ms. Almheiri, the COP28 UAE is focused on delivering concrete and pragmatic solutions to ensure 1.5°C remains alive and within reach. This will require a global effort to slash emissions by 43 percent globally by 2030.

During the global conference, the minister joined Mr. Francesco La Camera, Director General at IRENA, Shri Raj Kumar Singh, Minister of Power, New and Renewables, India, at the Assembly press conference which provided the annual ‘State-of-Energy Transition’ globally as well as combined two main narratives, building a bridge from COP27 to COP28 and contributing to a global stocktake on the world’s energy transition.

The IRENA assembly brought together heads of state and government, ministers, and energy decision-makers among its membership and states-in-accession, as well as multilateral organisations, global stakeholders, and private actors to take stock of operational plans and policies and highlight the concerted action undertaken to implement the energy transition across countries, regions, and the world.