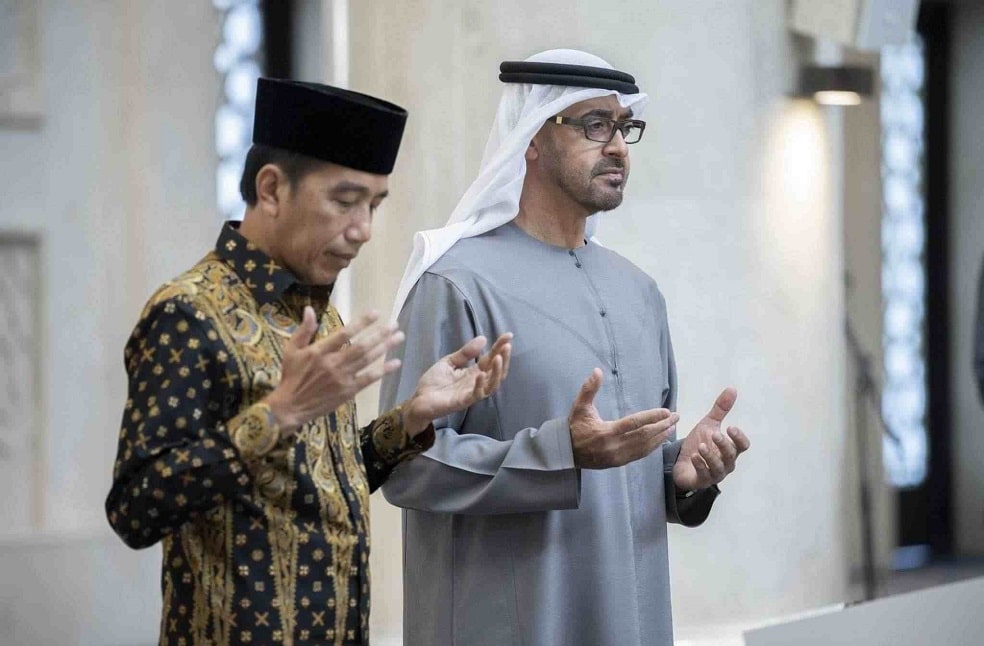 Solo, Indonesia: UAE President His Highness Sheikh Mohamed bin Zayed Al Nahyan has arrived in the city of Solo in the Republic of Indonesia to attend the G20 summit.

Along with Indonesian government ministers and senior officials, the UAE Ambassador to Indonesia Mr. Abdulla Salem Al Dhaheri, and members of the embassy staff were also present at the reception.

The President was greeted in an official reception with thousands of school students waving the flags of both countries.

Sheikh Mohammed is expected to lead a high-level UAE delegation to participate in meetings and engagements throughout the two-day summit. The major areas of discussion will be energy and food security, climate action, and sustainable development that helps nations and their people to grow and prosper.

The 2022 G20 Bali summit is the upcoming seventeenth meeting of the Group of Twenty (G20) which is scheduled to take place in Nusa Dua, Bali, Indonesia on 15th and 16th November 2022. The summit will be chaired by Indonesian President Joko Widodo and welcomes heads of state and government officials from the world’s leading economies to address major global issues.