During their interaction, both leaders deliberated on the UAE-India strategic ties along with ways to boost them in the best interest of the two friendly nations. 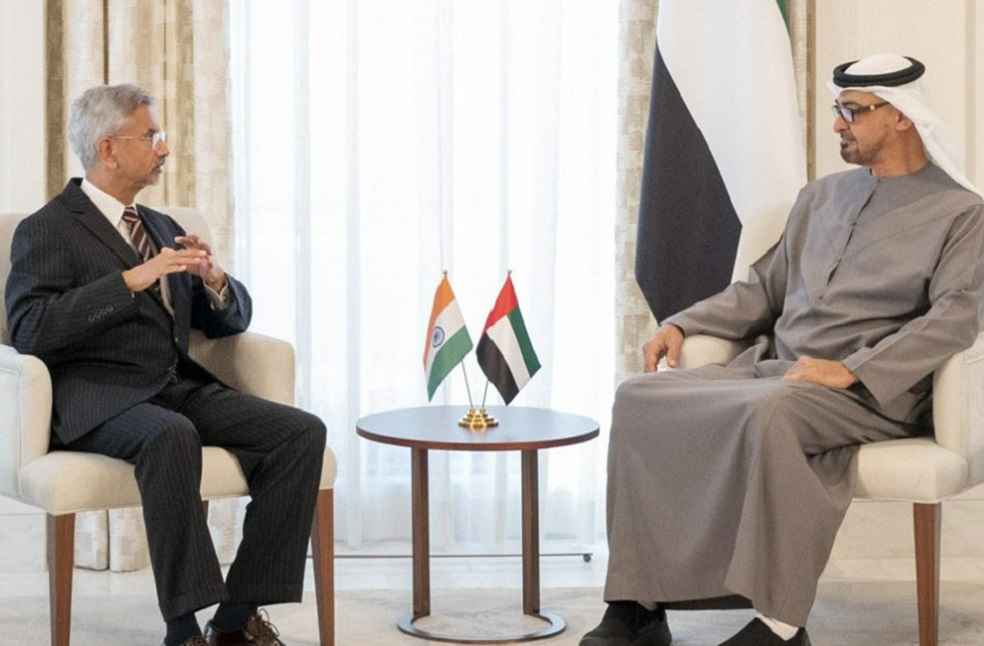 During the interaction, His Highness Sheikh Mohamed bin Zayed welcomed Mr. Jaishankar to the UAE and wished him a successful visit.

The Indian External Affairs Minister took the opportunity to convey the greetings of Mr. Narendra Modi, Prime Minister of India to His Highness Sheikh Mohamed bin Zayed and wished the UAE for more progress and prosperity while hoping for further development for bilateral ties.

The Crown Prince of Abu Dhabi reciprocated his wishes to Mr. Modi and wished more development, progress and stability for the friendly people of India.

Both leaders deliberated on the UAE-India strategic ties along with ways to boost them in the best interest of the two friendly nations. Sheikh Mohamed bin Zayed and Mr. Jaishankar also found time to exchange views on a number of issues and the latest regional and international developments of mutual concern.

Both leaders were also joined by other prominent UAE leaders such as;