The Hymn to the United Nations was performed by the Emirates Youth Symphony Orchestra which was composed by Spanish artist Mr. Pablo Casals with lyrics by English poet Mr. W.H. Auden. 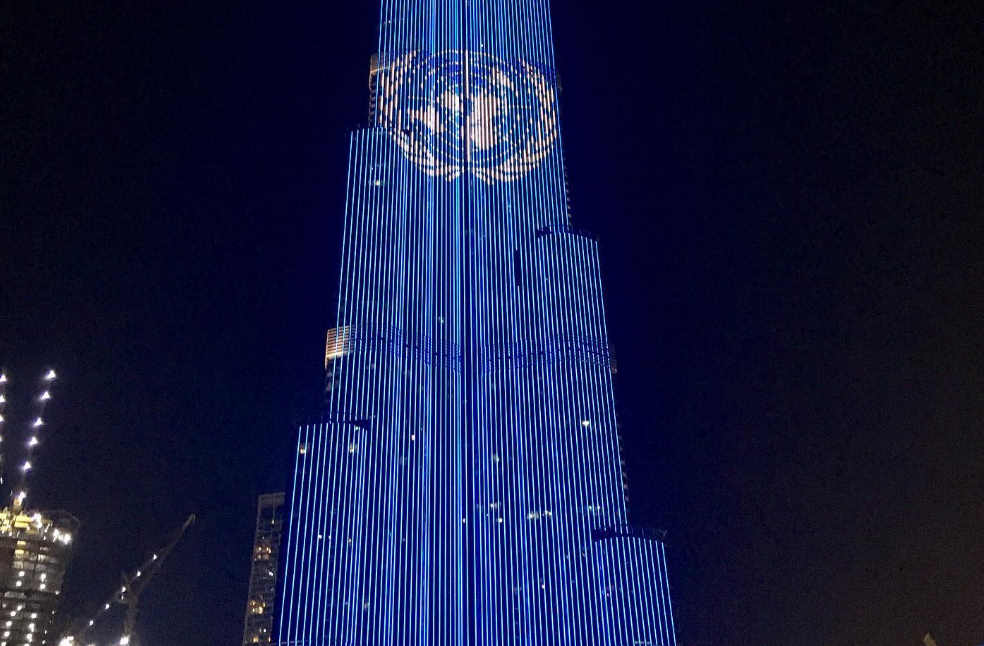 The office of the UN Resident Coordinator for the UAE has organized a number of outreach events throughout the country to commemorate the United Nation’s 77 years of humanitarian service and to showcase the organization’s continuous strategic partnership with the UAE government for 50+ years.

The UN in the UAE also debuted a little video named “One UN” in honor of this year’s UN Day, which highlighted the organization’s associated work in and with the UAE. In order to demonstrate the UN’s various areas of collaboration for a more sustainable future where no one is left behind, several UN agencies were featured in the video.

The program also featured compelling tales from UN employees and welcomed media organizations for interviews and coverage, which was followed by a musical performance by the Emirates Youth Symphony Orchestra.

The Orchestra, situated in Dubai Media City, made up of some of the most talented young musicians in the UAE, served as an example of the UN’s primary goal of peace through music. The UN logo will be displayed on the Burj Khalifa in Dubai and the Abu Dhabi National Oil Company (ADNOC) building in Abu Dhabi on October 24 as part of the festivities.

The Hymn to the United Nations was performed by the Emirates Youth Symphony Orchestra which was composed by Spanish artist Mr. Pablo Casals with lyrics by English poet Mr. W.H. Auden.

Under the direction of Syrian-Czech maestro Mr. Riad Kudsi, the group had performed this piece at Expo’s main stage in Al Wasl Plaza the previous year.

“The UAE has always been a supporter of the UN’s global, regional and local efforts toward sustainable development. The UN in UAE continues to work together to realise our shared vision of a better world for all. We are proud to be convening the UN system and commemorating UN Day with our partners Dubai Media City and the Emirates Youth Symphony Orchestra. The United Nations is built on the spirit of hope; and today as we mark the UN Day, we renew our hope and conviction in what humanity can achieve when we work as one, in global solidarity,” observed Mr. Mageed Yahia, UN Resident Coordinator ad interim for the UAE, and World Food Programme (WFP) Director in the UAE and Representative to the GCC.

In sectors of shared importance for sustainable development and climate action, the UN in the UAE looks ahead to a long-term strategic partnership with Dubai Media City.