Abu Dhabi: Mr. Kwon Yongwoo, Ambassador of the Republic of Korea to the UAE was recently honored with the Medal of Independence of the First Order for his exceptional service as his nation’s representative in the country as well as for his enormous contribution made towards enhancing UAE-Korea relations.

At the meeting, convened at the Ministry of Foreign Affairs and International Cooperation in Abu Dhabi, Mr. Al Sayegh praised the UAE – Korea bilateral relations and wished the out-going Ambassador all the success in his future engagements. 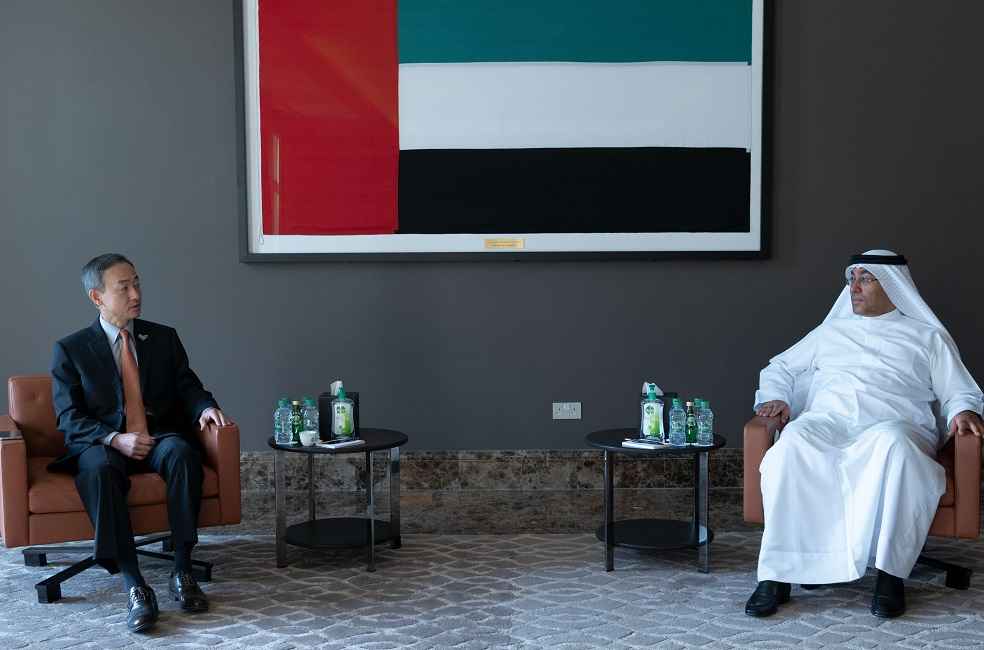 Speaking on the occasion,  Ambassador Yongwoo expressed his gratitude and appreciation to the UAE President, commending His Highness on his wise leadership approach.

Mr. Yongwoo took the opportunity to also thank His Highness Sheikh Mohammed bin Rashid Al Maktoum, Vice President, Prime Minister and Ruler of Dubai, and His Highness Sheikh Mohamed bin Zayed Al Nahyan, Crown Prince of Abu Dhabi and Deputy Supreme Commander of the UAE Armed Forces, as well as all the UAE government entities for the cooperation they showed him, lauding their role in strengthening relations between their countries.