The Delegation from the UAE included member of the National Committee on SDGs, chaired by Mr. Abdullah Nasser Lootah, Director-General of the Prime Minister’s Office and Deputy Chairman of the Committee. 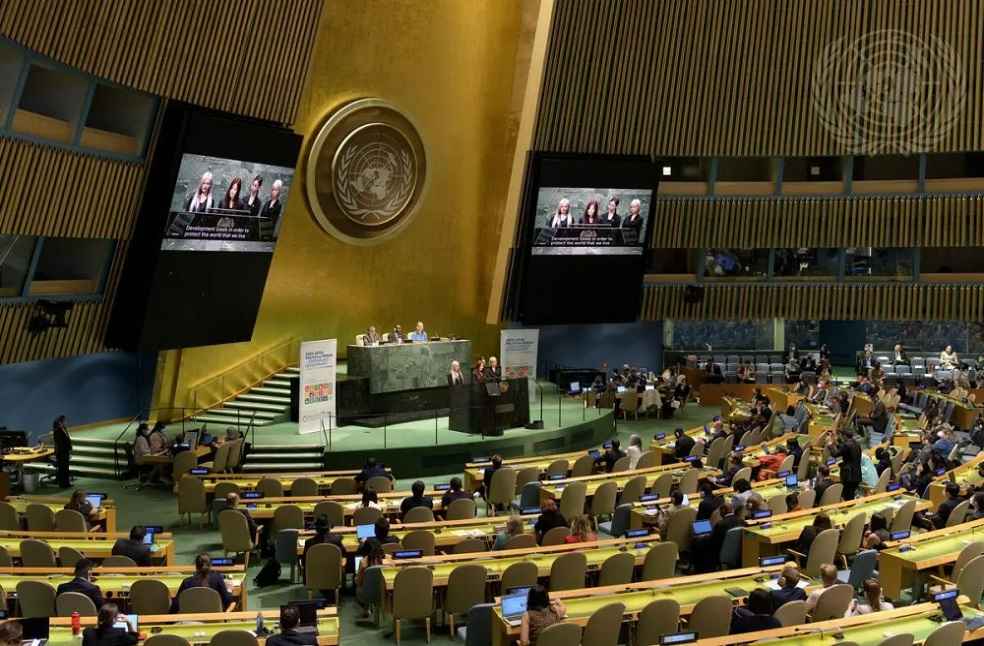 Abu Dhabi: A UAE Government Delegation is currently taking part in an annual United Nations (UN) forum, held at its headquarters in New York, to present the country’s periodic review of its efforts and successes in achieving the SDGs.

Speaking at the event, Ms. Reem bint Ibrahim Al Hashemy, Minister of State for International Cooperation and Chairperson of the National Committee on the Sustainable Development Goals (SDGs), pointed out that the UAE is improving its stature as an efficient country in terms of achieving the SDGs, on the directives of its leadership.

Sharing his view on the functioning of the National Committee on SDGs, Mr. Abdullah Nasser Lootah stated that the Committee is committed to drafting the second national voluntary review on the country’s related achievements, upon the directives of President His Highness Sheikh Mohamed bin Zayed Al Nahyan to highlight the country’s leadership in achieving the SDGs.

Mr. Lootah updated that the UAE presenting its 2nd voluntary review to the UN, while highlighting that the country presented the 1st review in 2018, and the report aims to highlight the UAE’s leading role in achieving the SDGs.

Commenting on the UAE’s experience in achieving the SDGs, Mr. Al Dhanhani observed that, “Since its establishment, the UAE has prioritized achieving sustainable development in its plans and strategies, before these goals were a global approach and part of the UN’s agenda, being a humanitarian mission to advance societies and improve the lives of people.”