The new banknote tells the UAE’s success story and highlights its global achievements in space and clean energy. 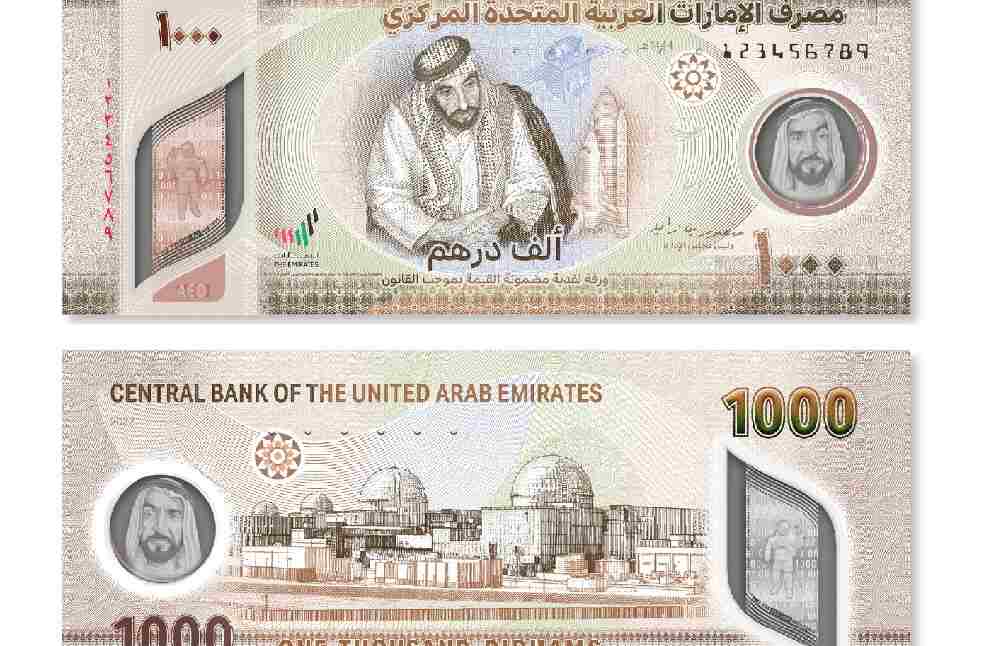 Abu Dhabi: The Central Bank of the UAE (CBUAE) has unveiled a new banknote of AED1000 ($272) denomination, made of polymer and using innovative designs and advanced security features. The launch is as part of the UAE’s 51st-anniversary celebrations and is in line with the vision of the UAE’s wise leadership.

The issuance of the new AED1000 banknote, which is the fourth in the Third Issuance of the National Currency Project, comes within the framework of the Central Bank’s approach to improving the financial sector in the UAE.

In the design of the new banknote, the CBUAE was keen to highlight the spirit of the union and the success story of the UAE, using images along with cultural and development symbols that reflect the pioneering global achievements of the UAE, which boosted its position amongst developed countries in a record time.

The design of this new banknote contains distinctive aesthetic characteristics, with different shades of brown. The CBUAE preserved the colour characteristics of the same denomination banknote currently in circulation to make it easy for the public to identify, in addition to the fluorescent blue marks of the UAE nation brand in the centre, and drawings and inscriptions created using advanced intaglio printing techniques.

The new banknote will be available in Central Bank branches and ATMs in the first half of 2023. The current AED1000 note will continue to be in circulation, as a banknote whose value is guaranteed by law.

Mr. Khaled Mohamed Balama, Governor of the CBUAE, stated that, “The issuance of the new AED1000 banknote comes under the vision of UAE’s President His Highness Sheikh Mohamed bin Zayed Al Nahyan, to keep-up with the comprehensive development our country is witnessing, and represent UAE’s global achievements and successes, as well as highlight its future ambitions in various sectors.”

“We work in accordance with the vision of our wise leadership, and the directives of His Highness Sheikh Mansour bin Zayed Al Nahyan, Deputy Prime Minister, Minister of the Presidential Court, and Chairman of the CBUAE Board of Directors, in transforming strategic plans, businesses and various projects into reality. This comes in line with our aim to develop the financial sector in the country, and realise CBUAE’s vision to be among the top central banks globally in promoting monetary and financial stability, supporting the UAE’s competitiveness and boosting the dirham’s position as an international currency,” the Governor further added.