The Japan Aerospace Exploration Agency (JAXA) played a pivotal role in the execution of the project by coordinating the launch from the Tsukuba Space Centre (TKSC) in Japan. 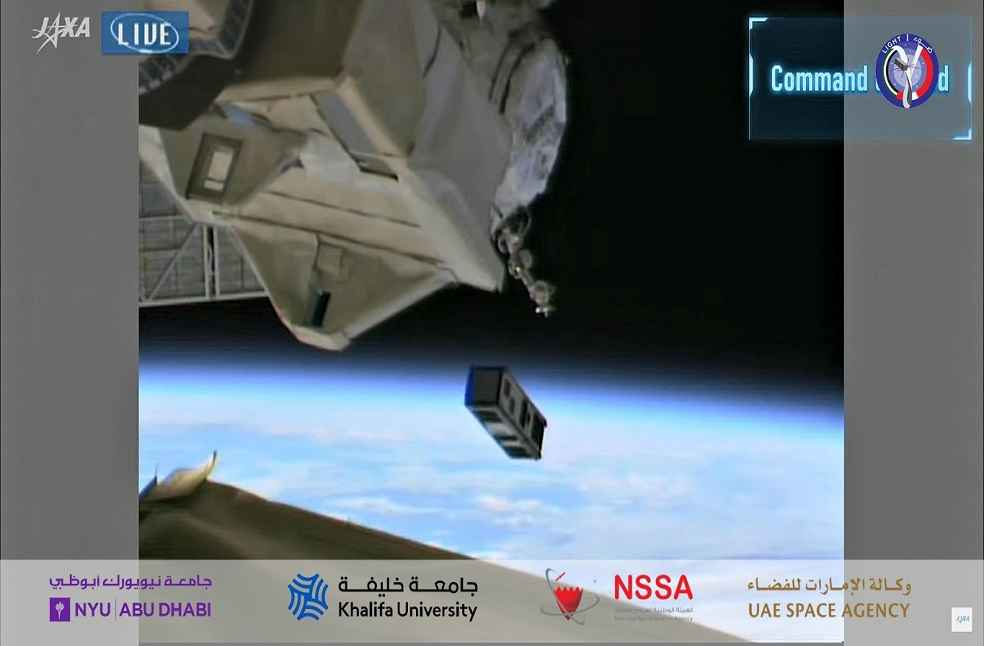 The Japan Aerospace Exploration Agency (JAXA) played a pivotal role in the execution of the project by coordinating the launch from the Tsukuba Space Centre (TKSC) in Japan.

Light-1 CubeSat is region’s first scientific mission to monitor and study Terrestrial Gamma-ray Flashes (TGFs) from thunderstorms and lightning. The data gathered from the nanosatellite, which aims to leverage space science to support sustainable economic growth, will be shared globally to support scientific analysis and encourage cooperation with research centers around the world.

Meanwhile, the NYU Abu Dhabi Team of 5 Emirati students and 5 international students, who worked on the development of the payload called Rapid Acquisition Atmospheric Detector (RAAD – Arabic for ‘thunder’), was advised by Dr. Francesco Arneodo, Programme Head of Physics, and Dr. Mallory Roberts, Professor of Physics.

The Khalifa University Official added that “We are happy to work with our brothers in Bahrain in scientific development that will not only benefit our countries but also the whole world and humanity. Also, this is a great effort between local universities in the UAE. We believe Light-1 will carry out its mission towards studying Terrestrial Gamma-ray Flashes and their impact on aircraft and other flying devices, while supporting scientific analysis in space.”

Mr. Al Qubaisi further added that, “At the UAE Space Agency, we are committed to exchange knowledge and expertise with the international community to stimulate cutting-edge research, scientific discoveries and human progress. We thank all our partners across the UAE, Bahrain, US and Japan for their support in making this mission possible.”

Light-1 will study the effects of high-energy gamma-ray emissions on atmosphere, air traffic and human health, especially flight crews. These rays can penetrate aircraft structures, and therefore the data of Light-1 will improve understanding related to radiation exposure.

Light-1’s gamma-ray detection system RAAD, designed and assembled with a unique layout, and making use of state-of-the-art detection devices, is competitive with bigger satellites and can make an impactful contribution to the comprehension of TGFs.  The Light-1 nanosatellite, with its innovative technology might become a pathfinder of future and larger missions targeting gamma rays.

HEALTH: How did Indian ‘Karak Chai’ become an Emirati favorite?