The Sustainable50 A350-1000, Etihad’s latest aircraft and sustainability beacon alongside its established Greenliner program, has officially became the 1st A350 to operate as an EcoFlight. 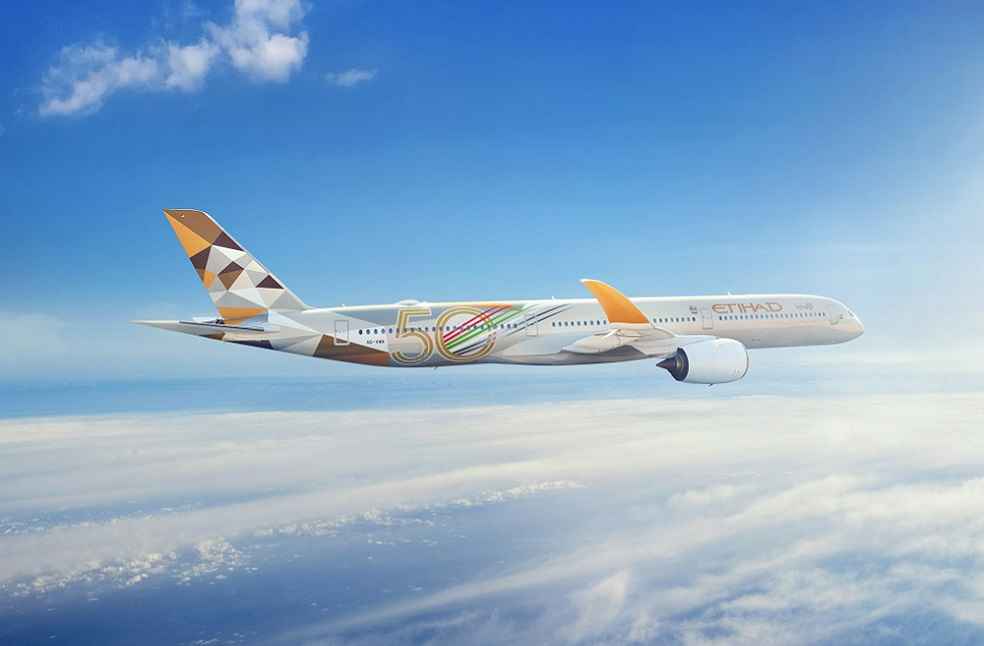 Dubai: In line with its ambitions to reduce carbon footprint in the aviation industry, the UAE’s 2nd flag carrier airline, Etihad Airways successfully concluded the world’s most intensive sustainable flight-testing program, operating 42 flights over a 5-day period to test operational efficiencies, technology and procedures that will reduce carbon emissions.

The program which coincided with Earth Day 2022 had 22 contrail prevention flights over the course of three days.

The Group CEO further added that, “Some of the technologies and operational efficiencies we have tested can be implemented today and we’re well in the process of putting these innovations into standard operational procedures, which we hope to see replicated across the industry, while some technologies are still in their infancy and we’ll continue to work with our partners to test and develop these for future use. However, there are a number of impactful solutions which are ready to go, but require an industry and regulatory response to become practical, that the industry needs to raise to the challenge for.”

Mr. Douglas elaborated that, “This challenge needs policy changes from Governments, continued R&D, supply chain enhancements and refining improvements. The other big area, which has a simple solution but requires fundamental restructure to the way things currently work, is for the industry, traffic controllers and regulators to modernize flight paths for controlled climbs and continuous descent. In our demonstration EcoFlights we’ve been able to take at least 40 minutes out of flight times and reduce the CO2 content by around six tones, which is incredible.”

“Operating EcoFlights on the A350-1000 is a big step forward as an example of the world’s two largest aircraft manufactures working in tandem for the mutual objective of aviation decarbonization through Etihad’s comprehensive Sustainable50 and Greenliner sustainability program,” Mr. Douglas concluded.

The airline has aligned itself to  (SAF), more than 6 times expensive than conventional aviation fuels at the moment and incredibly difficult to the point of impractical to procure, acknowledging that both SAF and Lower Carbon Aviation Fuel (LCAF) are needed for aviation’s energy transition.

The Sustainable50 A350-1000, Etihad’s latest aircraft and sustainability beacon alongside its established Greenliner program, has officially became the 1st A350 to operate as an EcoFlight.

The Greenliner and Sustainable50 programs in partnership with Boeing, Airbus, GE and Rolls Royce is the airline’s platform to foster industry collaboration and tackle the biggest challenges the industry faces for decarbonation, operating as a testing platform as well as call to industry, governments and regulators for solutions-driven collaboration.

Through these programs, and Etihad’s ongoing research and testing initiatives such as EcoFlights, Etihad encourages and invites partners from across the aviation sector to join and test sustainability initiatives on scheduled 787 and A350 operations. The results are then processed and validated, with the most sustainable initiatives used as a base for improving the performance of the global airline community.