The 10th annual Seoul Defense Dialogue was organized by the Ministry of National Defense in the Republic of South Korea. 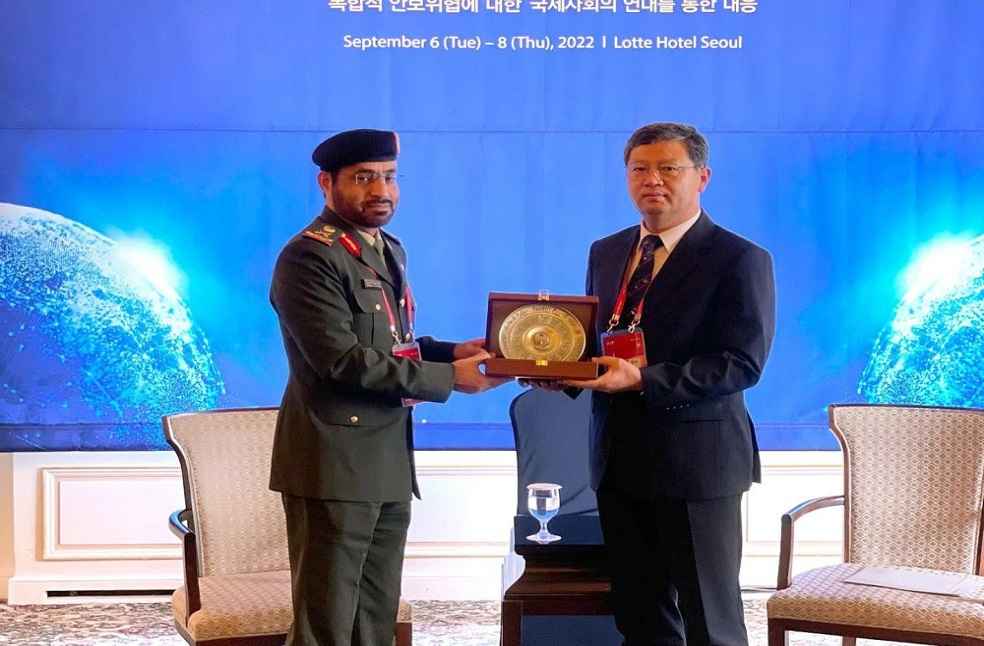 Seoul, South Korea: In line with the UAE’s ambition to contribute towards global affairs, the Ministry of Ministry of Defense recently took part at the “Seoul Defense Dialogue 2022”.

The 10th annual Seoul Defense Dialogue was organized by the Ministry of National Defense in the Republic of South Korea.

The 3-day forum witnessed the participation from numerous senior government officials and civilian experts in the field of security and defense from 54 countries across the globe to discuss various current international security issues.

On the sidelines of the forum, Major General Dr. Al Jabri met with Mr. Eom Dong-hwan, Minister of the Defense Acquisition Program Administration and Mr. Yoo Dong-Jun, Director of Power Resources Management Office of the Ministry of National Defense.

During their interaction the leaders discussed a number of issues of common interest. At the meeting the two countries commended the deep historical relationship between each other, especially in the defense and security fields, and ways to develop them to serve the interests of the two friendly countries.