Pools and fountains are known as main elements in decorating Islamic gardens. 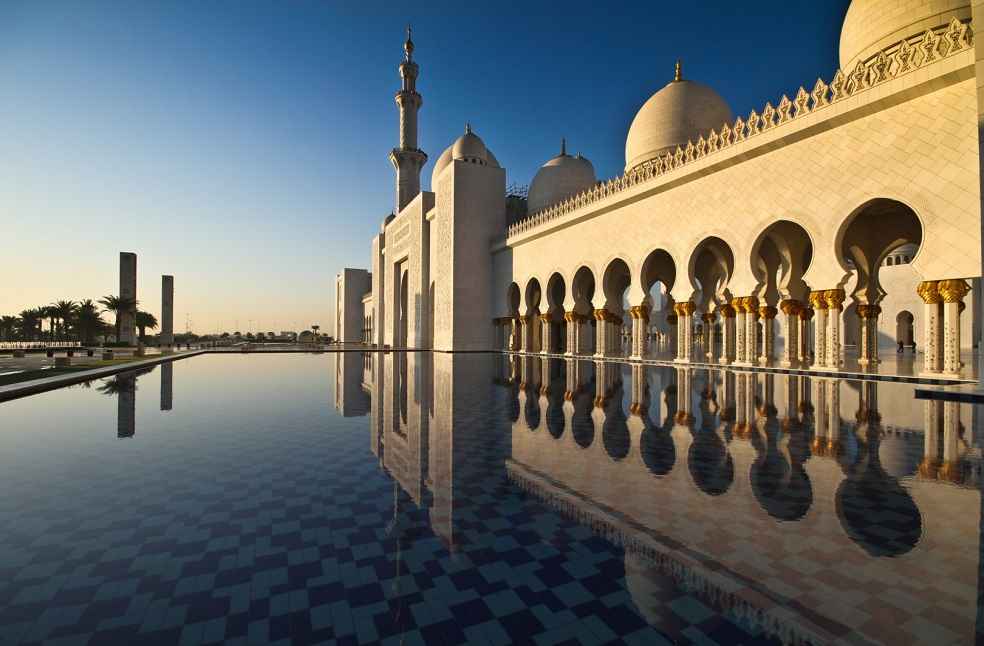 Through its cultural tour guides, the Centre educates its social media followers as well as people from different cultures of the world, about the Mosque’s Islamic distinct features, which convey messages of tolerance, coexistence, and cultural rapprochement, through the harmony and diversity of its details. 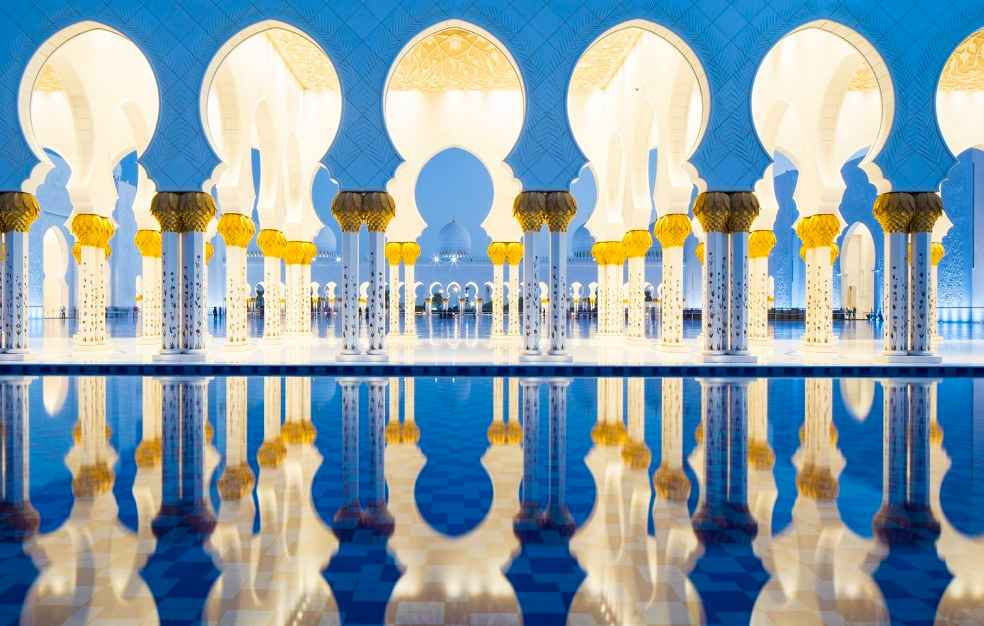 The latest episode of the cultural tour guides features the reflective pools that surround Sheikh Zayed Grand Mosque and represent one of the most important aesthetic features inspired by Islamic architecture.

Pools and fountains are known as main elements in decorating Islamic gardens.

The pools, occupying a total area of ​​7,000 square meters, are decorated with thousands of blue shade mosaic pieces. They are designed to surround the Mosque from the outside and bring its architecture to life, reflecting the mosque’s magnificent columns and becoming even more spectacular by the lighting at night.

These reflective pools have rectangular shapes, which adds an aesthetic element to the and attracts the attention of visitors.gene 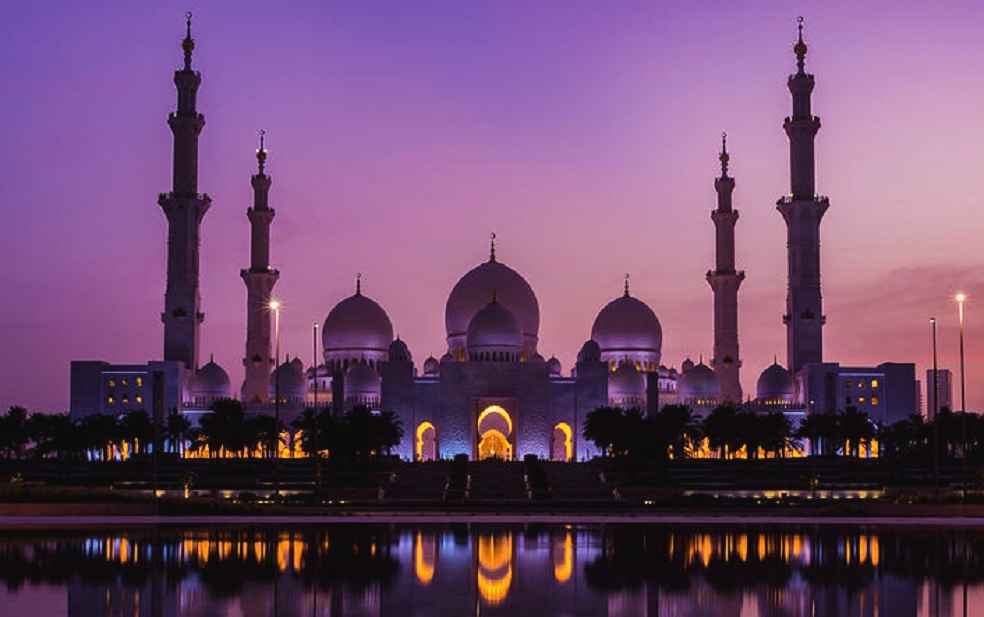 The pools at Sheikh Zayed Grand Mosque have also contributed towards reducing heat and mitigating the impact of drought. In many civilizations, pools are considered as an element of attraction and beauty.

Ancient people turned water structure into a universal symbol and an engineering miracle by transferring water of different sources to stone formations, such as pools, basins, fountains, giving the surrounding environment an aesthetic value and serving different purposes.