The Leaders remarked that UAE Golden Jubilee Celebrations, both official and by its citizens and residents, highlight the unity of the UAE and its people’s strong sense of national pride and belonging to the country. 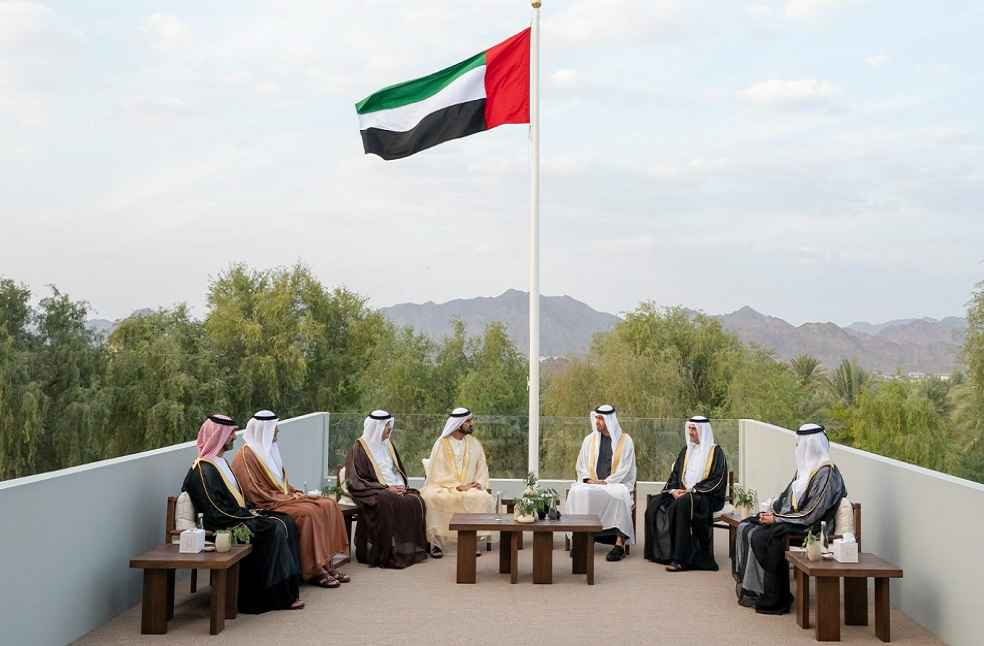 Dubai: Chaired by His Highness Sheikh Mohammed bin Rashid Al Maktoum, Vice President, Prime Minister and Ruler of Dubai, the Federal Supreme Council of the UAE, the highest constitutional authority in the country, gathered on the occasion of the 50th UAE National Day at the Sheikh Rashid Palace in Hatta, Dubai.

The high-profile gathering was attended by;

During the gathering, the Rulers of the Emirates exchanged greetings on 50th UAE National Day (Golden Jubilee). Their Highnesses then congratulated the UAE’s citizens and residents, wishing the UAE and its people further prosperity.

The Rulers of the Emirates used the opportunity to thank frontline workers across various sectors in the UAE, most notably in the Health Sector, the Armed Forces and Security Departments, who have set an example of giving, sacrifice and dedication in facing the COVID-19 pandemic, during which the country showed a high level of professionalism and efficiency.

Their Highnesses also honored the nation’s martyrs, who went down in history after making the ultimate sacrifice for the country, serving as a beacon of light for future generations, while extending their appreciation and gratitude to the families of martyrs’. 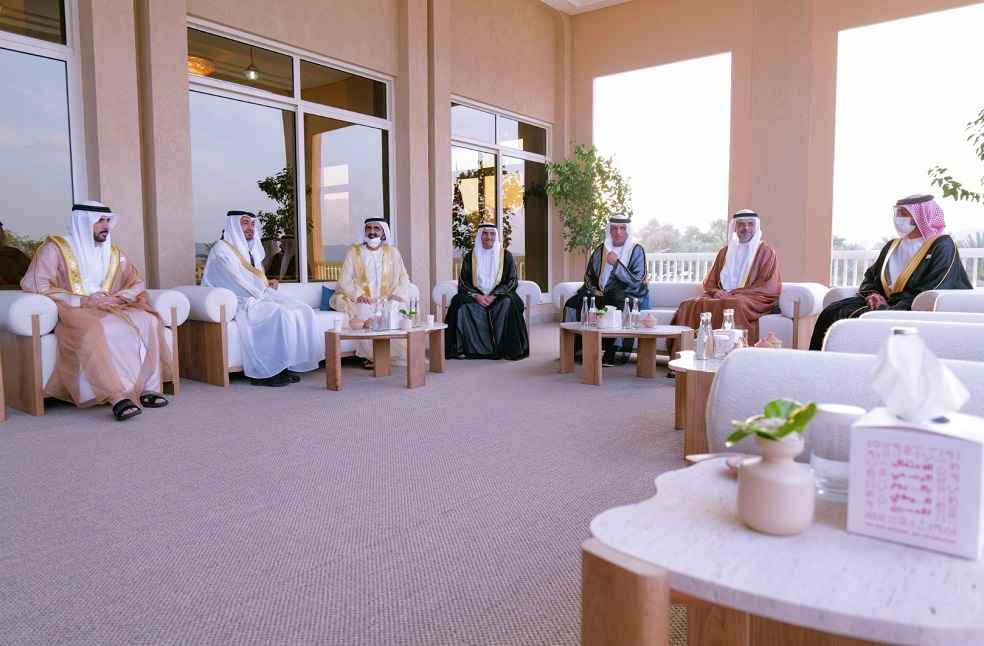 During their interaction, Their Highnesses stated that the nation’s leadership will continue to treat driving the UAE’s growth and development, supporting its institutions and meeting the aspirations of the Emirati people as their top priorities in the upcoming period, observing the importance of teamwork to ensure the success of the UAE in achieving further prosperity.

The Leaders also emphasized the critical nature of establishing a sustainable economy and utilizing the country’s resources to serve the community, as well as enhancing its regional and international relations to advance its overall interests, and help achieve peace, stability and further development in the region.

The Supreme Council Members remarked that UAE Golden Jubilee Celebrations, both official and by its citizens and residents, highlight the unity of the UAE and its people’s strong sense of national pride and belonging to the country. 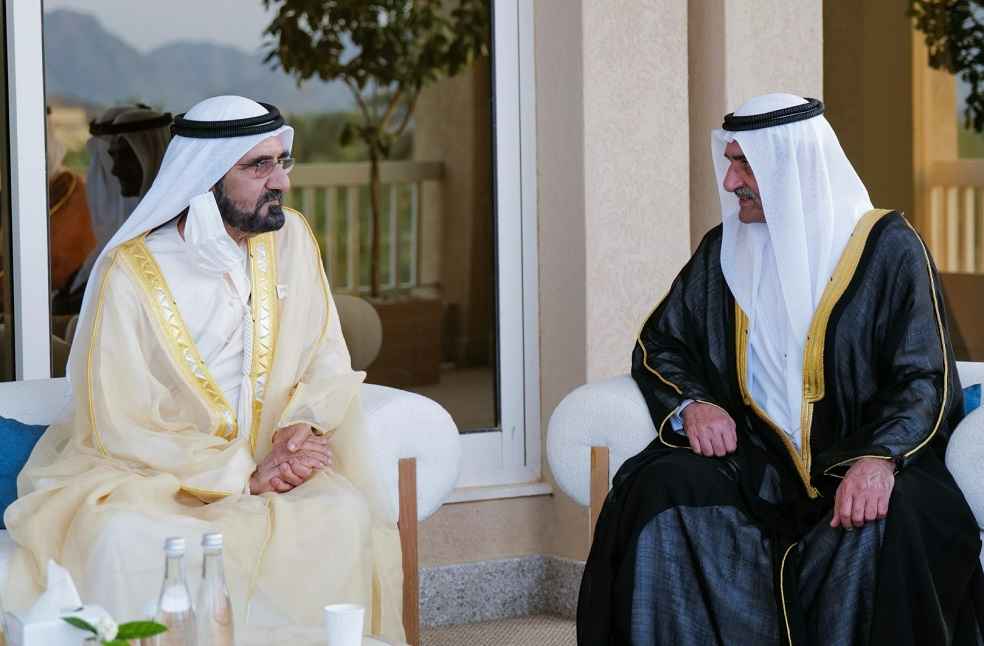 The Leadership at the moment, recalled the efforts made by the late Sheikh Zayed bin Sultan Al Nahyan and the Founding Fathers to lay the foundations of the country and its institutions, as well as to unite the people within a framework of noble values, ethics, principles and national identity.

The Rulers of Emirates expressed their gratitude to the Arab as well as countries, people across the globe who joined with UAE to celebrate its 50th National Day.

The Leaders discussed about UAE’s numerous path-breaking accomplishments over the years, especially, the International Space Station welcoming the first Emirati astronaut, the Hope Probe reaching Mars, and the announcement of a plan to explore Venus, among many others. 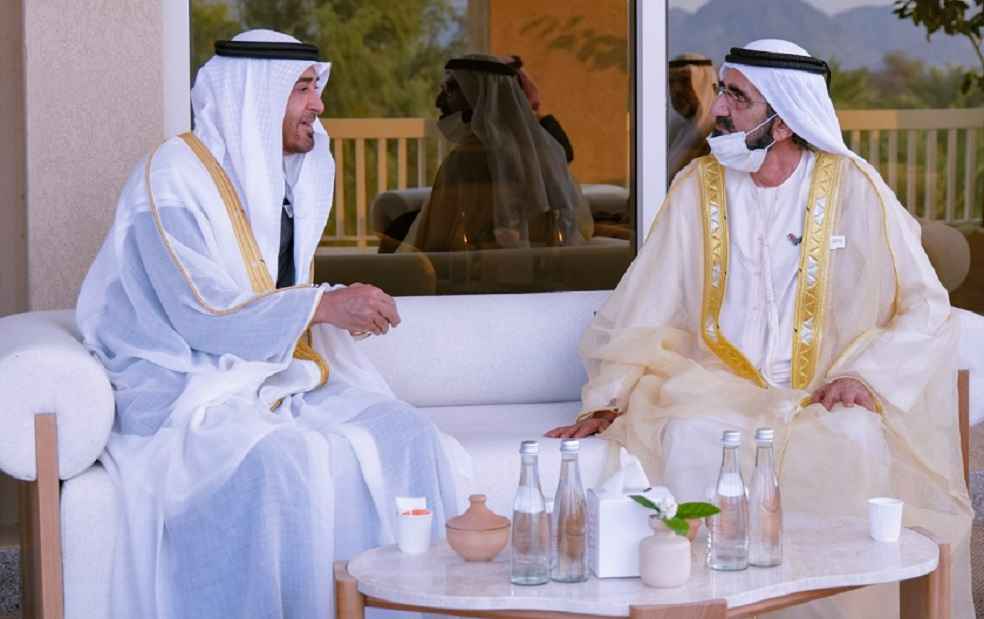 The Royal Gathering concluded with the Leadership wishing the Emirati people success in enhancing the UAE’s standing in this area and serving humanity as well as praising the efforts of the government at federal and local levels and its remarkable performance towards establishing a sustainable future based on excellence, leadership and international best practices.

Most Read: UAE’s 10 Principles for next 50 Years decreed by Sheikh Khalifa bin Zayed