The UAE President addressed the Summit by expressing his gratitude to Indonesia for its efforts in leading and directing the G20 Presidency. 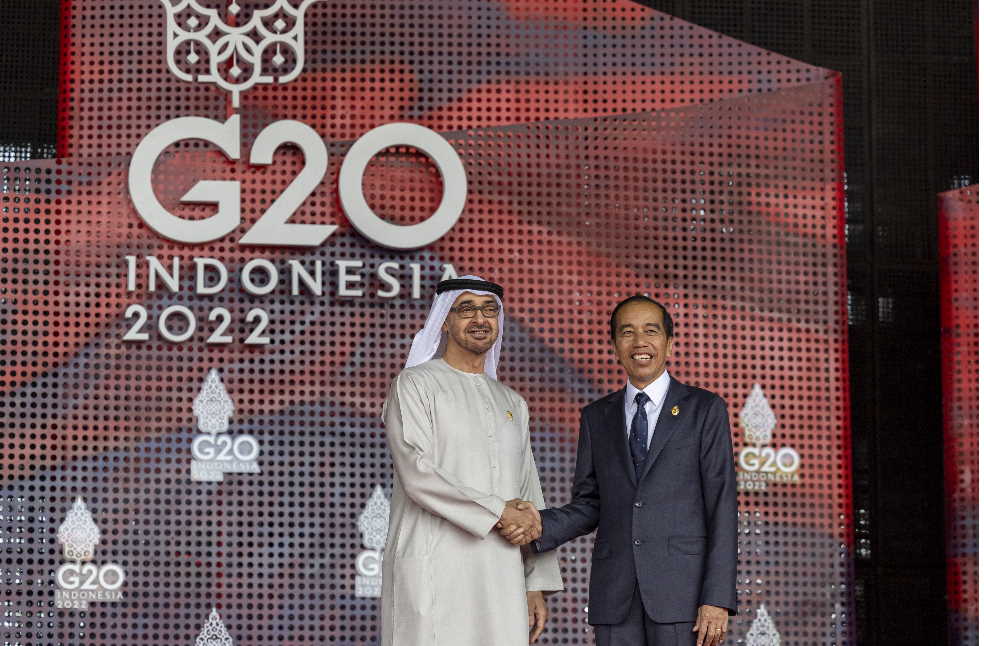 The UAE President addressed the Summit by expressing his gratitude to Indonesia for its efforts in leading and directing the G20 Presidency as well as the country’s general efforts. His Highness then conveyed greetings to India as it prepares to take over the presidency next year.

Sheikh Mohamed bin Zayed then spoke about the session’s theme, “Food and Energy Security,” stating that, “We in the UAE believe that a balanced approach is the most successful in achieving sustainability. The UAE is committed to its responsible role in energy markets, including its priorities in the clean energy sector. We have reflected this commitment with investments worth $50 billion in clean energy in more than 40 countries around the world.”

The UAE President continued by stating that the UAE has launched the Energy Transition Accelerator Financing (ETAF) platform with the International Renewable Energy Agency (IRENA) and established the Mangrove Climate Alliance with the Republic of Indonesia.

At the end of the speech, His Highness thanked the G20 representatives and said he was looking forward to having them in the UAE for COP28 next year.