His Highness met with emerging artists exhibiting their work through the Beyond program. 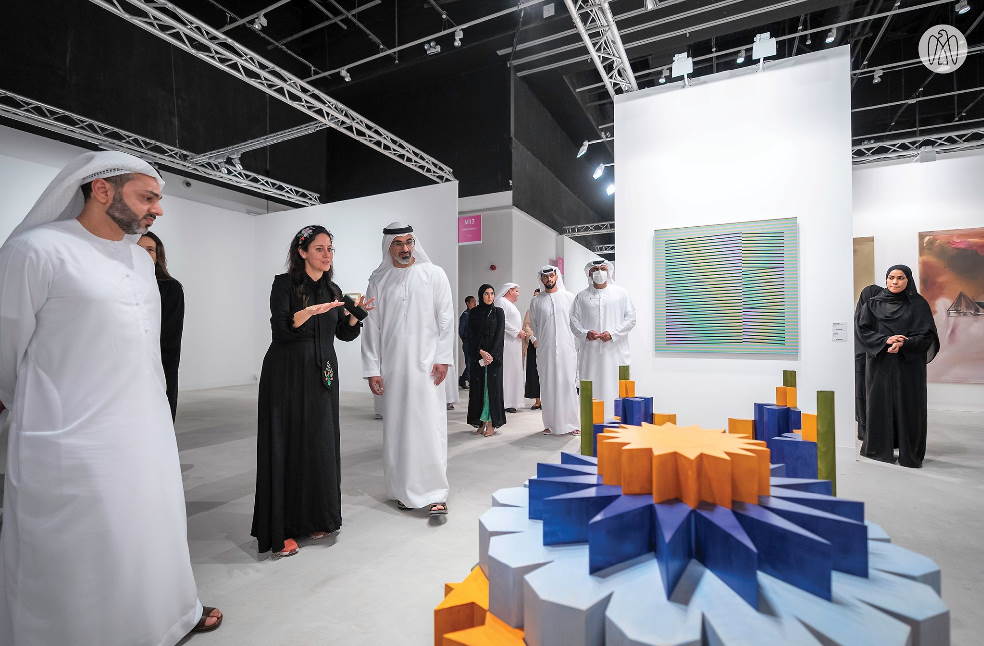 His Highness visited several galleries from around the globe. Sheikh Khaled met with eminent specialists who are guest curators and collaborators for galleries at the show, such as art historian Ms. Rachida Triki, gallerist Ms. Jade Yeşim Turanl, and arts writer Ms. Riccarda Mandrini.

As part of Abu Dhabi Art’s Gateway initiative, His Highness also met with Dr. Omar Kholeif, the curator of the exhibition My Life in the Metaverse. Sheikh Khaled also had meetings with emerging artists exhibiting their work through the Beyond program.

Abu Dhabi Art has enhanced the UAE’s cultural and creative sectors since 2007 by promoting local artists. Mr. Abdullah Al Saadi, Ms. Marinella Senatore, Ms. Shilpa Gupta, and Mr. Conrad Shawcross are among the artists whose new works have been commissioned for the Cultural Sites program of the 2022 edition of the fair.