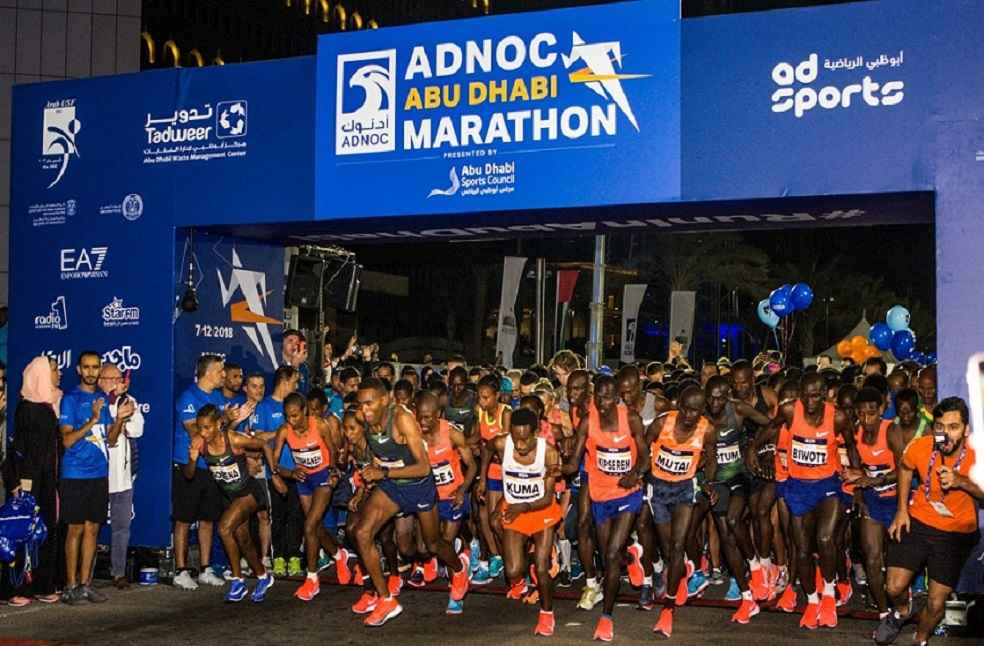 The participants of the marathon can choose from several race categories including the individual 42.2 kilometre (km) marathon distance, a marathon relay for teams of two, 10 km, 5 km and 2.5 km, as well as a wheelchair race category.

The third edition of the ADNOC Abu Dhabi Marathon has a total prize fund of $300,000 and it will be shared across multiple categories, with both elite male and female marathon winners taking home $50,000 each. Furthermore, a bonus amount of $30,000 will be awarded for the one who breaks the current record of 2:04:40 in the men’s category and 2:21:01 in the women’s section. For the wheelchair and 10-km races, cash prizes of $8,500 and $11,000 will be awarded, respectively.

Commenting on the latest edition of the event, Mr. Aref Al Awani, General Secretary of ADSC remarked that, “The third edition of the ADNOC Abu Dhabi Marathon is witnessing a great turnout of more than 4,000 participants, despite the challenges posed by the pandemic. It’s an indication of the keenness and interaction of the Abu Dhabi community to participate in the event and express the extent of the growth and increase of runners in Abu Dhabi in particular and the UAE in general. And with the launch of the upcoming event, Abu Dhabi once again proves its pioneering role in the sports industry, by hosting a large number of sporting events and earning praise for its organizational capabilities and infrastructure.”

The ADNOC Abu Dhabi Marathon will be flagged off in front of the ADNOC headquarters and will run towards the Corniche and loop around Qasr Al Hosn. Runners will then pass Emirates Heritage Village, before making their way behind Marina Mall and up and down King Abdulla Street before returning to the Corniche for a final loop of Qasr Al Hosn.

According Mr. Trabuio, the race route remains mostly the same as in the previous edition but takes the runners through the Qasr Al Hosn loop twice.

“Qasr Al Hosn is deemed a landmark of the city and hence the runners will go through that loop twice. The relay is a two runner-event and we expect that to be an exciting new addition to the marathon this year. We have added many events over shorter distances to attract more participation,” Mr. Trabuio added.

During the press conference, the design of the marathon’s official T-shirt was revealed. All participants will receive a free Nike Dry-fit technology T-shirt which was exclusively designed for the event.

Due to COVID-19 measures, places for the 2021 ADNOC Abu Dhabi Marathon are strictly limited, and runners are urged to sign up at the earliest.