The donation by MBRCH strengthens the One Billion Meals Initiative’s honorable, humanitarian commitment to offer a food safety-net for the hungry and undernourished around the world. 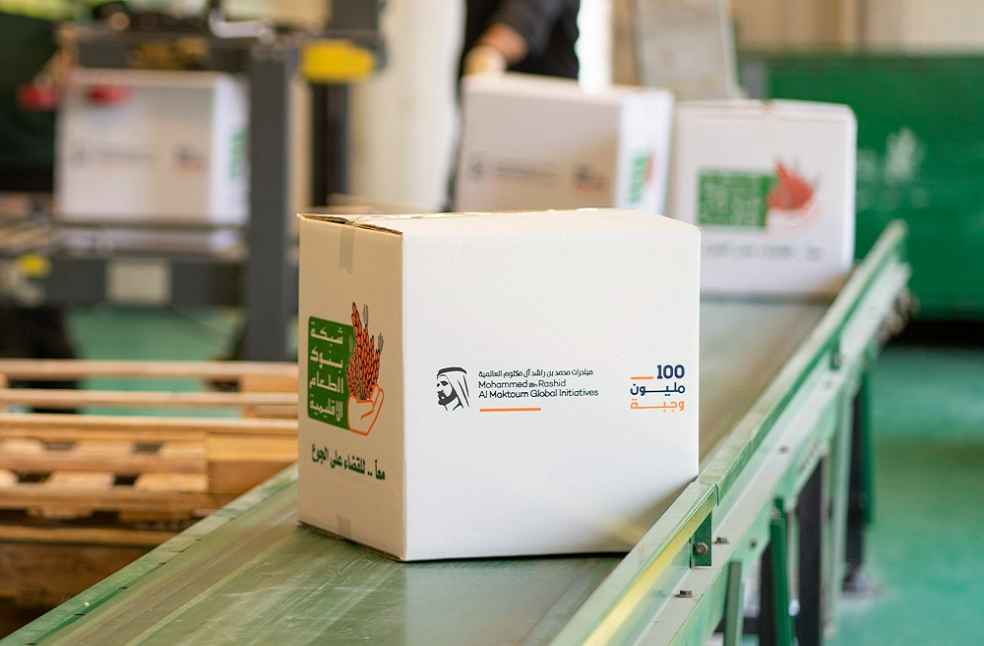 Dubai: The region’s largest campaign for providing food support to the disadvantaged and underprivileged in 50 nations around the world, the One Billion Meals Initiative has received significant contribution worth $5.44 million from the Mohammed bin Rashid Al Maktoum Humanitarian & Charity Establishment (MBRCH).

The donation by MBRCH strengthens the One Billion Meals Initiative’s honorable, humanitarian commitment to offer a food safety-net for the hungry and undernourished around the world which extends to particularly vulnerable groups, such as children, refugees and internally displaced victims of crises and natural disasters.

Mr. Bumelha further added that this generosity is continuous and sustainable, and its impact reaches far and wide every year. The UAE’s founding fathers forged this path, and it endures under the auspices of President His Highness Sheikh Khalifa bin Zayed Al Nahyan; His Highness Sheikh Mohammed bin Rashid Al Maktoum, Vice President, Prime Minister and Ruler of Dubai; and His Highness Sheikh Mohamed bin Zayed Al Nahyan, Crown Prince of Abu Dhabi and Deputy Supreme Commander of the UAE Armed Forces; alongside their Highnesses the Members of the Federal Supreme Council and the Emirates’ Rulers.

The One Billion Meals initiative is an extension of the 100 Million Meals campaign, which was launched in Ramadan 2021.

The 100 Million Meals Campaign had doubled its initial target by distributing 220 million meals across 47 nations with the participation of MBRCH teams and crews. The achievement is a testament to the strength of the UAE’s solidarity with people everywhere, whenever the need arises, especially for those most vulnerable.

MBRCH is also contributing to implementing the One Billion Meals initiative across many nations where MBRCH is active, in cooperation with local institutions, and official and private bodies. The initiative is planned and supervised by Mohammed bin Rashid Al Maktoum Global Initiatives (MBRGI).