The state has allocated 2nd of December 2021 as Emirati Day 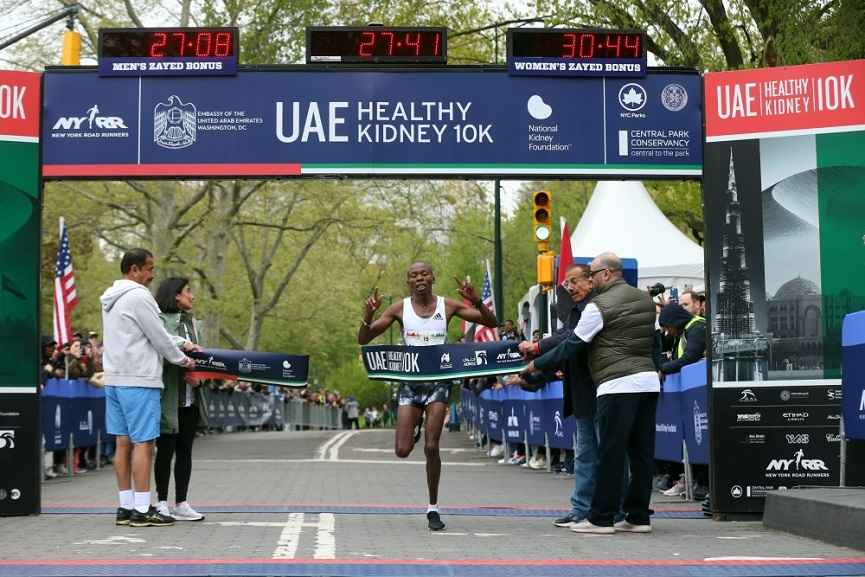 Chairman of the Zayed Charity Marathon Supreme Committee, Lt General Mohammed Hilal Al Kaabi has declared that the financial capital of the world, New York will host the latest edition of the event.

The marathon would be one among several events New York will host in celebration of the UAE’s Golden Jubilee Year.

In response to the suggestion made by New York State Senator Mr. Kevin Thomas, the region had allocated 2nd of December 2021 as Emirati Day, in overlapping the 50th Anniversary Celebrations by the UAE.

“On every edition of the marathon, we extend our feelings of gratitude to His Highness Sheikh Mohamed bin Zayed Al Nahyan, Crown Prince of Abu Dhabi and Deputy Supreme Commander of the UAE Armed Forces, who had the original idea of holding a charity race named after the late Sheikh Zayed bin Sultan Al Nahyan in 2001, which led to the first edition of the Zayed Charity Marathon in Abu Dhabi. The race’s first international edition was then held in New York in 2005, whose profits and donations went to the Kidney Foundation,” Lt. Al Kaabi remarked.

“Since its launch, the marathon has followed the directives of Sheikh Mohamed bin Zayed, not only as a race but also as a global charity event dedicated to all people without discrimination, while carrying the name of the man of giving, Sheikh Zayed,” the Zayed Charity Marathon Supreme Committee Chairman added.

Lt. Al Kaabi observed that, “For 50 years, we have had profound and solid commercial, artistic, educational and sporting relations with New York City. Nowadays, the marathon has become one of the city’s landmarks, along with the famous Central Park, as people wait for it every year. Most importantly, people saw the contributions of the marathon to providing free medical treatment to many.”

The Chairman of the Zayed Charity Marathon Supreme Committee emphasized that the marathon has achieved its humanitarian goals and encouraged over 30,000 people from all nationalities and religions to participate in the last marathon held in New York, noting that it has made progress as it was also held in Egypt, as part of its strategy and to promote the culture of giving, under the framework of the directives of the Crown Prince of Abu Dhabi.

Lt. Al Kaabi shared his confidence that UAE’s 50th year will be historic and unique, in line with the country’s celebration of its 50th Anniversary.