The Council has commended the Moroccan example of diversity and coexistence as a groundbreaking achievement in order to advance a culture of human fraternity among all people. 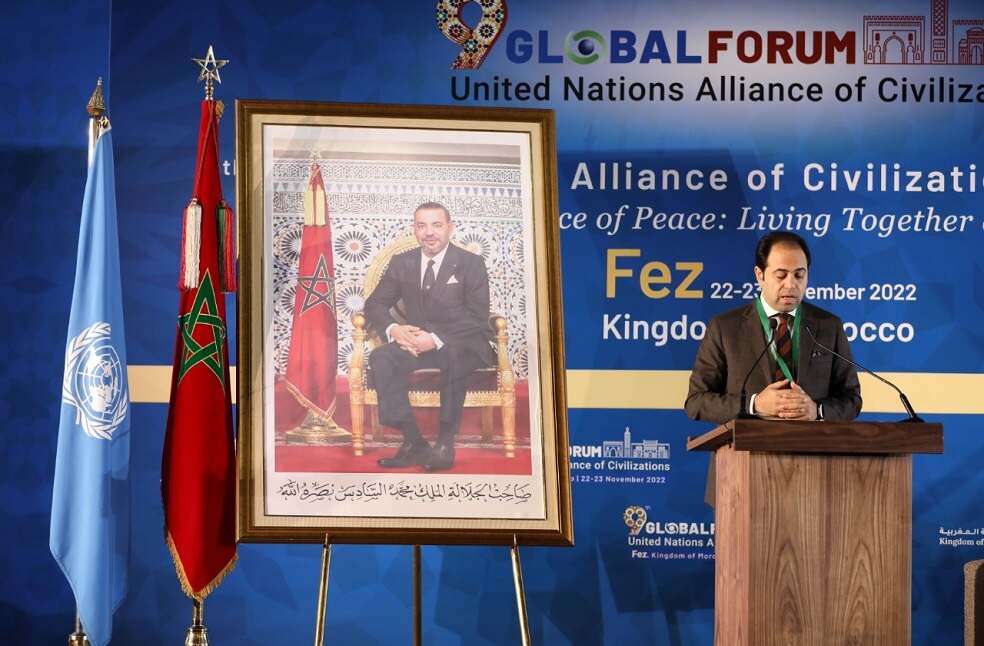 Abu Dhabi: The Muslim Council of Elders (MCE) expressed gratitude to the Kingdom of Morocco for its efforts to foster peace and human cooperation through a number of programmes.

This came during an MCE and the United Nations Alliance of Civilizations (UNAOC) jointly organized interactive session on the role of religious leaders in promoting peaceful coexistence. The session was a part of the 9th UNAOC Global Forum, taking place in Fez, the Kingdom of Morocco under the theme: Towards an Alliance of Peace: Living Together as One Humanity.

In the interactive thematic session on “The Role of Religious Leaders in Promoting Peace, Coexistence, and Social Harmony,” the delegates expressed pleasure in the Kingdom of Morocco’s contribution. They praised King Mohammed VI of Morocco in particular for his exceptional efforts to advance the principles of tolerance, communication, and respect for others.

The MCE has commended the Moroccan example of diversity and coexistence as a groundbreaking achievement in order to advance a culture of human fraternity among all people.

An independent global organisation, Muslim Council of Elders was founded on July 18, 2014, with the goal of fostering peace among Muslim communities. Muslims who are respected for their knowledge, sense of justice, independence, and moderation are represented on the Council. They will work together to promote peace, discourage infighting and address the sources of conflict, divisiveness and fragmentation in Muslim communities.

The Muslim Council of Elders’ most important project is the largest international Islamic effort and the most influential in terms of communicating with Muslim youth and with many Muslim and non-Muslim organisations and universities across the world.