The panel's discussion centered on how institutions, both established and recently formed, might rewrite the history of modern art in the Arab world by examining its impact on international art from the middle of the twenty-first century to the present 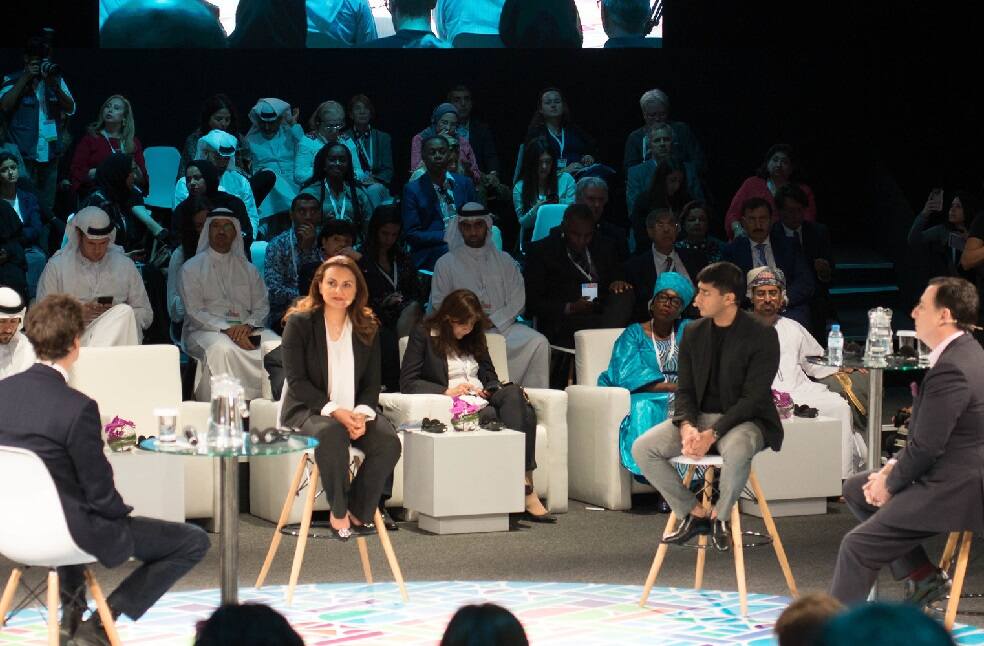 In a Ms. Fiammetta Rocco moderated panel discussion, Ms. Ataya underscored museums’ role in promoting Arab artists in their permanent art collections to be available to all their audiences, but predominantly in their increased efforts over the past 25 years in order to make console and necessary help for Arab artists, in particular, to highlight their work and receive the international attention.

The panel’s discussion centered on how institutions, both established and recently formed, might rewrite the history of modern art in the Arab world by examining its impact on international art from the middle of the twenty-first century to the present.

The significance of cultural institutions increasing their audience’s knowledge of the art historical narrative which centered on connections between the Arab region and Asia and the contribution of these institutions in promoting cultural production by artists from the MENA region were other issues that were discussed.

In order to ensure this information is shared with students, academics, and art aficionados, Ms. Ataya remarked that SMA organizes a number of exhibitions, offers educational programming, such as lectures and kid-friendly workshops, and publishes artist catalogs concurrent with exhibitions.

“SMA focuses on education, especially for young children, to ensure they have access and exposure to artists and cultural producers from the MENA region,” Ms Ataya quoted.

“This is integral to help them understand the region’s history, be more aware of artists’ contributions to global art history, develop an appreciation of art and culture from various parts of the world, and have greater pride in the art produced in this region, about this region, particularly that from the UAE,” the SMA Director General elaborated.

Ms. Ataya mentioned that all of the exhibitions at the Sharjah Art Museum, which celebrated its 25th anniversary this year, include substantial educational programming to go along with them. These exhibitions frequently serve as the featured artists’ first retrospectives.