The current achievement marks the second time that HSBC UAE has set a Guinness World Record. 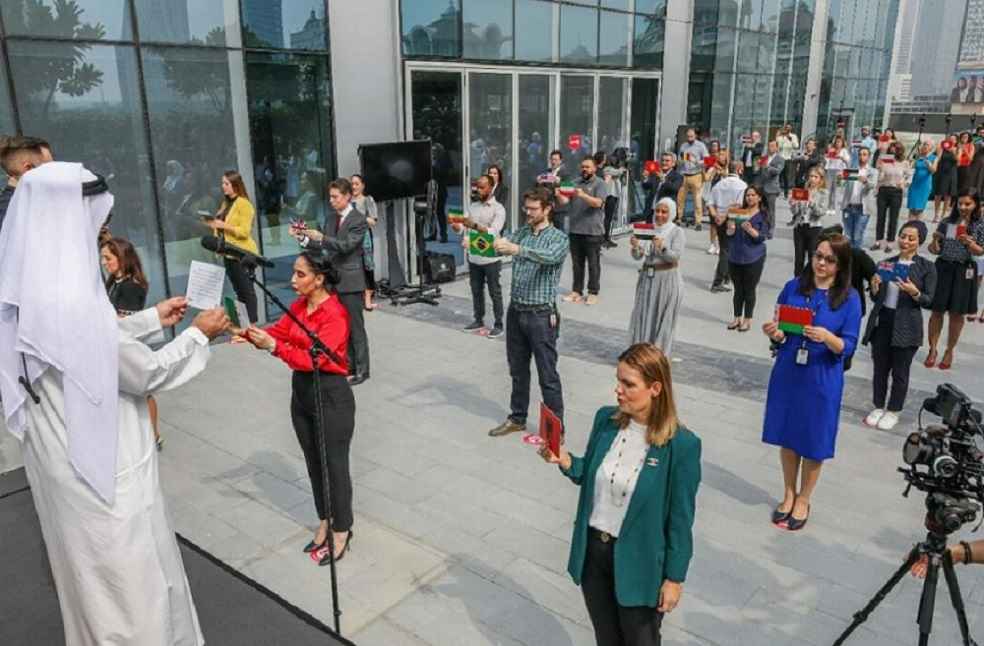 Dubai: The largest and most widely represented international banking organization in the Middle East, North Africa and Turkey (MENAT) region, HSBC’s UAE unit has secured a new Guinness World Records title for the ‘Most Nationalities Reciting a Poem’.

The bank’s achievement is in recognition of its commitment to diversity, connectivity and internationalism, celebrating them as values shared with the country which this year marks its Golden Jubilee.

In order to set the world record for the ‘Most Nationalities Reciting a Poem’, HSBC UAE gathered fifty staff members from 50 countries, all based at the bank’s headquarters in Downtown Dubai.

HSBC chose poetry as the art form to create awareness about the significance of cities adapting for climate resilience and is collaborating with local poets in major cities across the MENAT to attain its mission.

The world record marks a key milestone for HSBC UAE, which this year celebrates its own 75th anniversary of the opening for business as the first and only bank in the country in 1946. HSBC UAE has grown with the country, expanding from a single branch beside Dubai Creek to build HSBC Group’s biggest business in the Middle East.

“The vision of the leaders in the UAE has built a country full of possibilities and that is more true than ever with Expo having just begun a six-month run as a global showcase of internationalism, innovation and ideas that will shape the world. As we celebrate 75 years of opening up a world of opportunity in the UAE, HSBC will continue to invest in the future growth of the country for decades to come,” Mr. Abdulfattah further added.

The current achievement marks the second time that HSBC UAE has set a Guinness World Record. In 2019, the bank was recognized for the “Most Nationalities in a Static Bicycle Relay.”