A custom-build stage, floating in the waters surrounding the Louvre Abu Dhabi’s will be used for the performance, setting the performance against backdrop of the iconic museum’s awe-inspiring architecture. 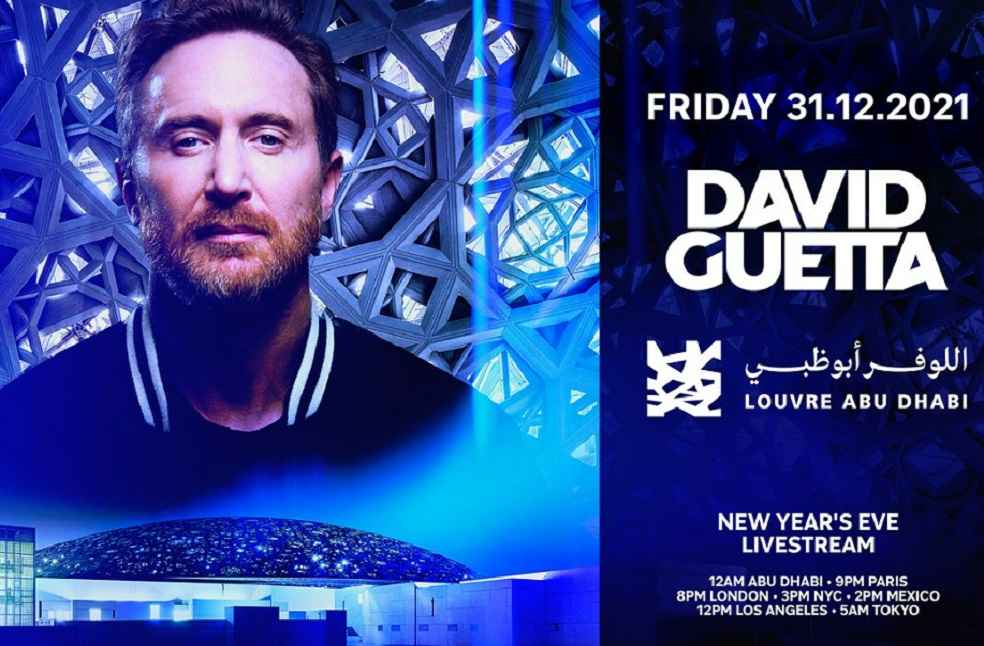 Abu Dhabi: The New Year’s Eve in Abu Dhabi just got a lot more electrifying as World-renowned DJ and producer Mr. David Guetta and Louvre Abu Dhabi announced their association to deliver a state-of-the-art production to unite, inspire and thrill people across the globe as another year dawns upon us.

The French DJ will have his spectacular show at Louvre Abu Dhabi on the night of 31st December 2021, extending well into the new year. Fans world over would be able to view the show from 8.00 PM Greenwich Mean Time (GMT).

A custom-build stage, floating in the waters surrounding the Louvre Abu Dhabi’s will be used for the performance, setting the performance against backdrop of the iconic museum’s awe-inspiring architecture.

World-class music and light show will part of the show, further elevating the experience by integrating the projections of masterpieces from Louvre Abu Dhabi’s collections.

Commenting on the collaboration, Mr. Manuel Rabaté, Director of Louvre Abu Dhabi remarked that “We are excited to collaborate with David Guetta, a global music icon, who has chosen Louvre Abu Dhabi and its collections, which is a symbol of connecting cultures, as the backdrop for a thrilling New Year’s Eve performance for fans around the world. This event is the latest in Abu Dhabi’s drive to bring world-class entertainment and culture to our city, in line with a vision to become an international hub for arts, culture and creativity.”

As Arab world’s first universal museum, Louvre Abu Dhabi tells stories of cultural encounter, exchange and connections while exploring the common experiences, ideas and values that unite people, helping us to realize that we have more in common than we realize.

Generated by more than 500 light fixtures located around the floating stage, Louvre Abu Dhabi’s dome and the surrounding water, the world-class light show will include 20-metre-high flames that will shoot into the night sky, perfectly choreographed to complement the DJ’s set.

HEALTH: Dates; the quintessential fruit that epitomizes the Emirati Culture